Just a few months after his father and Star Trek star, Leonard Nimoy, passed away after battling COPD, Adam Nimoy has launched a Kickstarter campaign to raise $600,000 for the documentary, For the Love of Spock, which is dedicated to Leonard’s beloved sci-fi character. 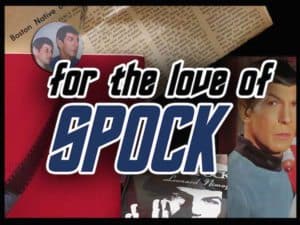 “Last year, my father and I began working on a documentary about the life of Mr. Spock. We were both very much aware that the 50th anniversary of Star Trek the original series was coming up in 2016 and we wanted to create something to commemorate that event, a documentary based primarily on Mr. Spock had never ben done before, and we both felt strongly about paying tribute to the half-human, half-Vulcan first office of the Starship Enterprise.”

It was also noted that the film will also explore the incredible career and artistry of Leonard Nimoy. But what has become increasingly apparent as Adam continues to work on this project is that it’s also a personal journey. He stated: 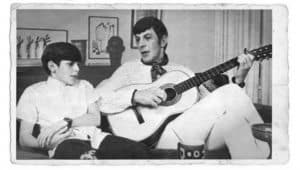 “Although I had initially intended to take a somewhat detached, objective view of the subject matter, more and more people involved in this film have urged me to interject some of my own perspective on what it was like growing up with Mr. Spock in the house, and how Dad’s new-found celebrity and meteoric career affected my life.”

Adam revealed that earlier this year, he and his father approached 455 Films to help produce the film. The production company is made up of David Zappone, Kevin Layne and Joseph Kornbrodt, and Leonard had chosen them because he was familiar with the Star Trek related films that they had produced with William Shatner. Adam added that Zachary Quinto, the actor that currently plays Spock in the new Star Trek films has agreed to narrate the film. 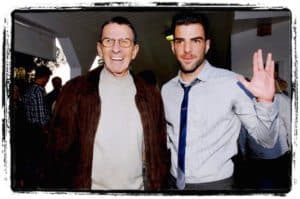 The funding of this film through the campaign will help the production continue and will have interviews of Leonard’s friends, colleagues, and family members. It will also enable the production team to license the hundreds of film clips and still photographs of Mr. Spock as he has appeared on television and in feature films over the last fifty years.

Since its launch on Wednesday, For the Love of Spock has successfully raised over $76,000 from nearly 1,100 backers. It is set to close on July 1st.