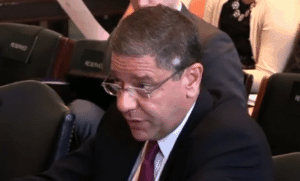 Doug Ellenoff, a leading attorney and advocate in the equity crowdfunding sector, visited our elected officials on Capitol Hill this past week to deliver an update on the status of crowdfunding in the United States.  Crowdfund Insider posted the video here, but unfortunately Congressman Steny Hoyer cut Ellenoff short in presented his prepared remarks.

Ellenoff’s firm was kind enough to forward the testimony in its entirety (embedded below).  As part of his comments Ellenoff hammered the fact that thousands of entrepreneurs have been aided by the parts of the JOBS Act that have been completed.

A few highlights of his testimony include some interesting points;

Title II of the JOBS Act is creating more jobs. It is generating access to capital for firms in need of finance but there is still much to do.