Interest in crowdfunding from banks and other noteworthy investors including some family offices has steadily increased in recent months, so much that Money&Co blogged, “It’s often said that crowdfunding is in danger of losing the crowd.” Could crowdfunding lose its crowd? How does the industry hope to grow if all the major players have hit institutional capacity?

A recent article in Campden FB, a web offering aimed at family offices (the administrators and managers of rich families’ private wealth) that highlights the opportunities for family offices to invest in peer-to-peer (P2P) lending, touched home for Money&Co as P2P loans (bringing individuals and, in some cases institutional investors, together with businesses) remains Money&Co’s focus.

In the blog, Money&Co notes that although much interest from big players exists for those looking to lend money via its platform, and to invest in its company, there will always be a place for the individual investor. “We will keep the crowd, and by that I mean smaller individual investors and lenders, in the Money&Co. crowd,” promised Money&Co. CEO, Nicola Horlick.

The Campden FB article focuses on the growth of the P2P loans sector, noting trailblazers LendingClub, Prosper, Ratesetter and Zopa leading and dominating the charge:

“Seven years after the global financial crisis, banks remain reluctant to lend to small and medium-sized businesses (SMEs), despite the best initiative of governments to boost the availability of capital. In the US, bank lending to SMEs sits around $47 billion below pre-crisis levels, according to equity crowdfunding firm Trade Up, while the Bank of England has recorded a £7.7 billion drop in lending in the first half of 2014. Stepping in to fill the gap are alternative finance providers, such as the aforementioned Lending Club and Prosper, providing credit for individuals and small businesses.”

“The alternative finance sector has become our largest position and probably represents around 40% of our liquid assets,” explained Boillot, who is an active participant in the peer-to-peer markets of the US, UK, France, Spain, Italy, and Africa. “It’s unusual in the sense that our largest allocation is to an asset class that very few people know about, but today I would much rather own a portfolio of Lending Club loans than one of CCC bonds.”

Noting the challenges of international and national rules and regulation, Campden FB also cites the effect of peer-to-peer pressure.  Boillot observes that the increasing interest from financial institutions has left very little room for investment: “At the moment there are access issues. The market is comparatively small and the best platforms restrict access. So if you were to call up Lending Club today and say that you’d like to lend on their platform at scale they’d probably say, ‘well thank you very much, but take a ticket’. There’s a long queue in front of you, and that holds on any scale.”

Regarding family offices and P2P, Assetz Capital’s Stuart Law opined, “I think by the time family offices begin to wise up to the benefits of the peer-to-peer industry, I fear that the capacity to accept money may have dried up. You already see this happening in the US. My forecast is that all the big players in the UK will be full or at institutional capacity by the end of this year.” 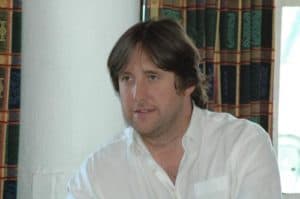 “The origination of loans may be a top priority for the big three in the UK but origination of investors is the priority for the rest. And these players in the next tier include fast-growing smart players who absolutely would warrant attention,” shared Stevenson, adding that family offices should stick to the UK and US for the short term as many European platforms remain sub-scale.”

So how does the industry hope to grow if all the major players have hit institutional capacity? While the UK the government is offering retail investors tax advantages in the peer-to-peer sector through its Individual Savings Account (ISA) scheme, Stevenson believes this retail money will be a boost to the sector, but cautions there could be some bumps in the road ahead:

“My sense is that a big blow up will come within the next two years as business slows down, and defaults pick up. But the space will emerge strongly from this inevitable ‘winnowing’ out of propositions,” he averred. “I also predict that the issue of loan origination will be cracked by the two big consumer platforms Zopa and Ratesetter as they deploy their capital on marketing and brand awareness.”