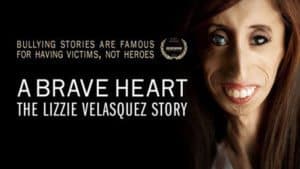 The film is also available now for pre-order to individuals, educators, communities and organizations who want to host their own screenings in local theaters or license the film for schools via the Tugg platform on the film’s website. Women Rising will be donating a percentage of proceeds from the film to The Megan Meier Foundation.

A BRAVE HEART follows the inspiring journey of 26-year-old, 63-pound Lizzie from cyberbullying victim to anti-bullying activist. Born with a rare syndrome that prevents her from gaining weight, Elizabeth “Lizzie” Velasquez was first bullied as a child in school for looking different. As a teenager, she was bullied even more prominently online when she discovered a YouTube video labeling her “The World’s Ugliest Woman.” 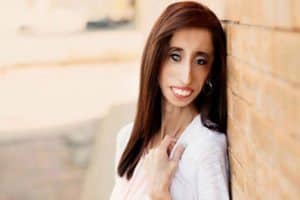 The film chronicles unheard stories and details of Lizzie’s physical and emotional journey up to her multi-million viewed TEDxAustinWomen talk (#1 TEDWomen event of 2013) and follows her evolution as a motivational speaker and activist as she lobbies Congress for the first federal anti-bullying bill: the Safe Schools Improvement Act (SSIA). The film features private moments with Lizzie’s family including her parents, Rita and Lupe, and siblings Marina and Chris Velasquez.

The highly acclaimed documentary, which won the Audience Award at SXSW this year, has gone on to win awards at all eight film festivals it has been a part of. Directed and produced by first-time filmmaker, Sara Hirsh Bordo, A BRAVE HEART showcases original music from multi Grammy-nominated singer-songwriter Sara Bareilles. YouTube celebrity Justine Ezarik (“iJustine”) and Alexis Jones, founder of I AM THAT GIRL, serve as executive producers alongside Velasquez.

A BRAVE HEART will be playing at the following theaters opening weekend (9/25):