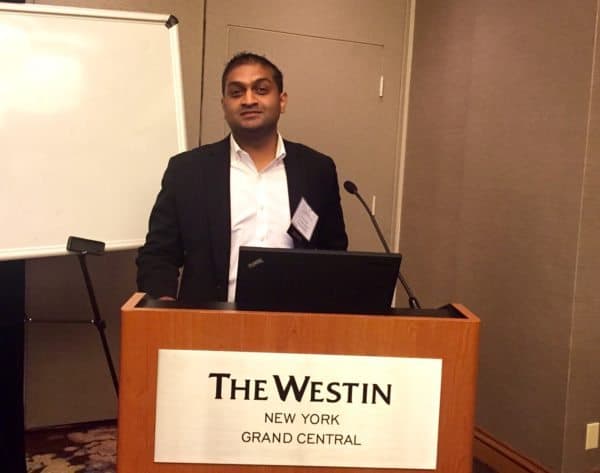 Despite a hot and rainy New York City morning, there was a great turn-out at LendTech Angels’ first LendLab event.  Hosted by Kiran Lingam, managing director of LendTech Angels, the event gave aspiring marketplace lending startups an education in the regulatory landscape they are entering. The overall theme of the event was candor, and the openness and generosity of industry insiders was refreshing. 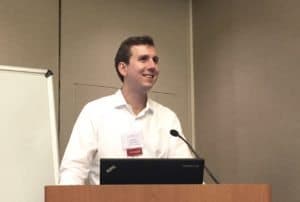 The day was kicked off with a keynote speech by Matt Burton, CEO of Orchard. Matt spoke of the state of marketplace lending noting its doubling in size every nine months and instructed participants to “focus on what they are good at” and not try to provide an end-to-end solution. He confirmed that there is still plenty of room for new entrants in the industry.

Then Greg Nowak, president and chairman of the Pennsylvania Economic League and a securities law partner at Pepper Hamilton provided a white board depiction of certain legal structures used by marketplace lenders.

Next up, Tonio DeSorrento, co-founder of Vested Finance discussed how to determine what regulatory framework would apply to a particular lending business and noted that it is better if you can run your business without being hostage to a bank. He also counseled to startups “talk to people who have done this; it is complex but it is not novel.”

Product distribution, the actual selling of securities to investors, was addressed by Brian Korn, banking and securities partner at Manatt Phelps, and Mike Bertisch, general counsel at Dealflow. They provided structuring diagrams and discussed what does and does not constitute a security.

Mark Solomon, general counsel of Orchard, discussed the issues surrounding institutional investors from both the business and legal perspective. 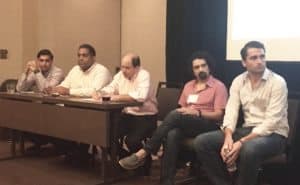 After a pitch session for several marketplace lending startups who were participants in the workshop, the LendLab mentors took the stage during a working lunch to provide guidance and answer questions. Travis Skelly of FinTech Collective, Amit Goyal of Google, Aswin Rajappa of LendKey, Naveen Agnihotri of Lenddo and Robert Leeds of Silar Capital all provided great insight and shared personal experiences that can be learned from. As co-host I enjoyed picking their brains.

The focus then shifted to borrower acquisition, which is often overlooked by new platforms, as explained by Phil Rosen of Even Financial. Penelope Holt of Borrowers First cautioned the participants not to commoditize marketplace lending to rate and term, and to use newly available data to see people more clearly. Both suggested that the entrepreneurs enlist the help of other services and networks to access borrowers. 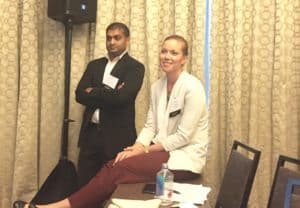 Next, Ali Hamed of CoVenture and Ed Dartley, partner at K&L Gates, shared some practical experience and guidance on raising money for your venture. Hamed noted that you need to use your network to raise funds, and if your network isn’t getting it done – fix it. Dartley provided some dos and don’ts and stressed having a defined business plan to keep legal costs down. Hamed also roused the crowd when he noted that despite all of the planning, sometimes an entrepreneur “needs to just f*$%#’ start.”

Jodi Golinsky of CS Card and Andrew Smith, partner at Covington and Burling, addressed the prickly regulations surrounding consumer lending. They described the risks of making lending decisions based on nontraditional data, which although extremely predictive, can be deemed discriminatory in certain circumstances. They also discussed the Madden v. Midland Funding Update case which outlined liability for secondary actors in the lending space. 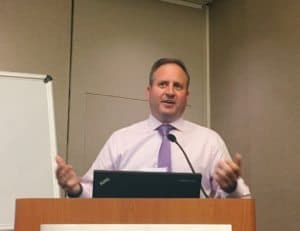 Brayden McCarthy of Fundera and Brian Korn then turned to small business lending and noted the lighter legal landscape when compared to consumer lending. McCarthey, a DC insider, also noted that he felt the recent Treasury request for information is not cause for alarm.

The session was capped of by Michael Dinowitz, real estate partner at Ellenoff, Grossman and Schole, and Allen Shayanfekr, CEO of Sharestates, who discussed real estate platforms. Dinowitz noted that compared to securities law, real estate in and of itself is not a highly regulated industry. He went on to describe the typical real estate capital stack and the legal issues surrounding each level. Shayenfekr

described the distinction between commercial loans for fix and flip deals versus residential mortgage loans and the different regulations for each scenario.

All in all the event was highly informative with practical advice for entrepreneurs and hopefully the first of many for LendTech Angels.