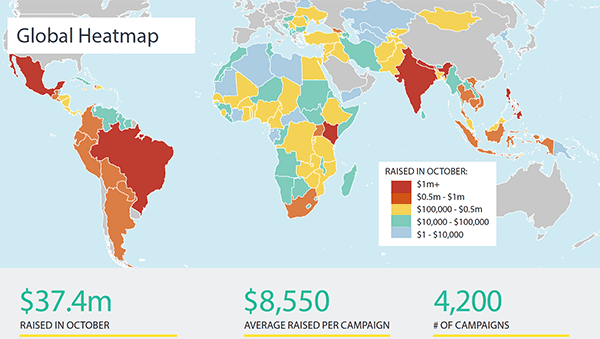 AlliedCrowds has published a new report about how developing countries have raised a total of $37.4 million through the crowdfunding method during the month of October. 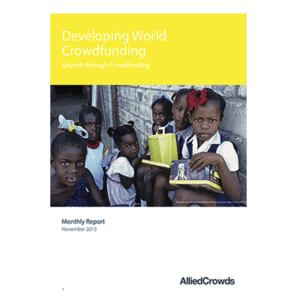 “While equity crowdfunding currently makes up a relatively small portion of crowdfunding activity in the developing world, it may soon begin to gain on the more established models (donations and lending). That’s because the Securities and Exchange Commission in the US recently approved Title III of the JOBS Act, creating a regulatory framework around equity crowdfunding. The country’s laws can serve as a blueprint for government officials in developing nations. This report takes a look at the developments in India, where some headway has also been made toward implementing an appropriate regulatory regime.”

The new report focuses mainly on Jamaica due to the country being one of the potential leaders in the Caribbean crowdfunding scene. AlliedCrowds noted:

“While in absolute terms, countries in the region have not raised much, there are positive developments taking place in Jamaica. With the economy continuing to pick up and innovative officials exploring novel solutions to promote entrepreneurship, the Caribbean nation looks ready to convert its potential into crowdfunding success.”

“With renewable energy technologies becoming more accessible to people all over the world, the next section in this report explores the community-owned solar and wind farm structures. As crowdfunding is inherently a community-based model of fundraising, there is great potential for crossover between the two models.”

AlliedCrowds finished the report with an interview with Peter Heijen of peer-to-peer (P2P) lending platform, Lendahand. He remarked that crowdfunding may help fill the missing middle financial gap within third world countries:

“SMEs are well positioned to create a social economic benefit — to create jobs. These enterprises lack access to finance, as banks are not used to these kinds of entrepreneurs. This is a gap, and we decided to use crowdfunding to fund them.”