“Regulation Crowdfunding becomes effective in May and funding portals can begin to register with the Commission later this month.  The Commission also in late October published for public comment the FINRA rules that will enable funding portals to begin operating.  I want to thank the Committee for its very helpful recommendations, which were considered in developing this final rule and are addressed in the release or the rule.”

As part of the agenda, a presentation updating the IAC on crowdfunding rules was delivered by two industry advocates; Chris Tyrrell and Sara Hanks.  Hanks, is founder of CrowdCheck – a compliance and diligence platform, and Tyrrell, is Chair of CFIRA. The pair were joined by Judith Shaw representing the perspective of the North American Securities Administrators Association (NASAA). 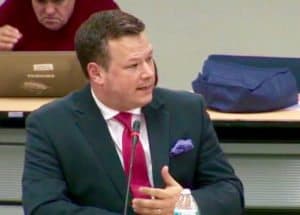 Tyrrell, as one would expect, stated he was confident the industry would evolve into a vibrant capital raising ecosystem. While Title III becomes actionable on May 16th, the industry has moved forward with Title II and Title IV investment offers and there have been many new companies launched to support the nascent form of finance. 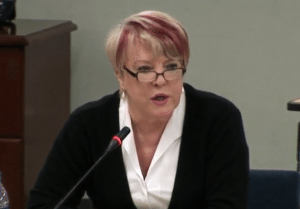 Tyrrell believes the overriding theme of crowdfunding remains economic growth, access to capital and fairness to all members of society. Not just a select few.

As for investor protection? The number one item listed by naysayers? Tyrrell affirmed that it is in the economic interest of the crowdfunding industry to assure effective investor safety and transparency. It is at the “core of the movement”. Tyrrell stated an important improvement would be to allow Reg CF to utilize LPs (SPVs) – something that has been unanimously supported within the industry. 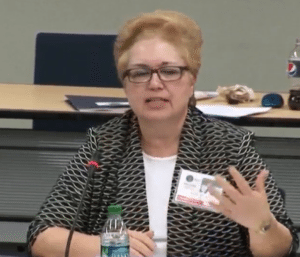 Tyrrell was followed by Shaw, who is the lead security regulator in Maine. She advocated more on behalf of state control, using her experience with state-based crowdfunding.  Shaw mentioned that 29 states have already passed  legislation  permitting intrastate crowdfunding to occur (there are an additional 12 states considering intrastate crowdfunding rules). Shaw stated the key point in investor protection, in her opinion, is the limitation on the amount an investor may invest. Shaw is of the belief that crowdfunding is part of a broader progression. “You start with family, friends and fools and go from there”.

Not Fools, But Fans

Hanks, a former attorney at the SEC, predicted that Reg CF will start relatively slow – a sentiment that has been echoed by other members of the industry. But Hanks also believes the current rules “will work”. She explained there is a clear need for investor education, as well as further edification for issuers as to what they can, and cannot, do.  Hanks also predicted that, at best, offerings will be numbered in the hundreds – not thousands.  Hanks stated there is also a risk that Reg CF will become a process of adverse selection.

Supporting Susie Down the Street & the Risk Involved

The bulk of the conversation revolved around education and risk. Putting your money into early stage companies is a risky endeavor. While all three presentations focused on the need for investor education there were sincere disagreements as to how risk should be (or could be) managed.

Barbara Roper, who phoned into the event, questioned whether that was really an achievable goal given the dire state of financial literacy in this country, and whether investors could understand concepts like dilution. Roper stated;

Looking Out for the Bad Guys 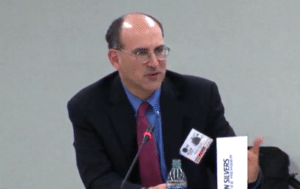 Damon Silvers wondered how the industry would monitor for violations of the law and an interesting discussion ensued. Sara Hanks pointed out that regulators do not generally respond very fast to problems that are pointed out to them.  She also advocated a type of early warning system, in part with CFIRA, to guard against the bad guys that are always lurking somewhere seeking to commit fraud.

The debate is an interesting one and, if you have the time, you should watch the video below.

You may view the discussion on crowdfunding below by starting at the 2:25 mark.