Indie Crowd Funder has announced its intent to launch Title III investment crowdfunding specifically for independent filmmaking.  Portal rules and requirements were finalized by both the SEC and FINRA last week opening up the door for platforms to register their intent, and join FINRA, to offer securities under the new exemption.

Film crowdfunding has experienced several high-profile success stories with movies such as the Veronica Mars release or Blue Mountain State. But these creative endeavors have only offered perks such as t-shirts, or perhaps recognition by the movie creators. Indie Crowd Funder seeks to allow investors to drive a financial return as well.

“Title III is the next evolution in film finance, another step forward for independent film and another door opening that doesn’t involve an industry gatekeeper.” said Denise Smith, Co-founder and Chief Content Officer. “This is very encouraging for women and minority filmmakers”.

“Our business model and partners already support Title IV (Reg. A+) and our staff members are currently members of FINRA, so we anticipate a timely approval.” 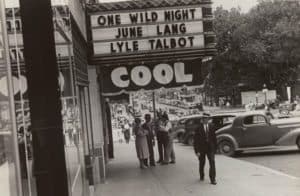 Christopher Parker, co-founder and CTO, stated Title III will be a “great addition” to their existing services.

“We look forward to auto-generating the Form C for our filmmaker clients along with Form 1-A, Private Placement Memorandum and Subscription Agreement,” said Parker.

Indie Crowd Funder is based in Los Angeles and describes its platform as a comprehensive funding platform for films.