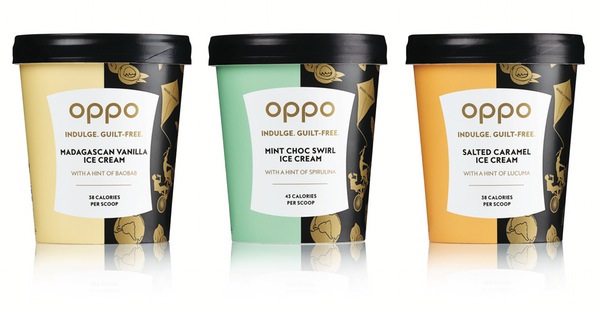 Oppo, a luxury ice cream brand from London, launched an equity crowdfunding campaign on Seedrs to raise £150,000 so that it may continue expansion. 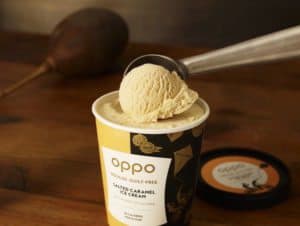 The company has created ice cream with fewer calories than an apple. It contains 60% fewer calories than regular ice cream due to ingredients such as coconut oil, stevia leaf, and fresh milk. All three of the Oppo’s flavors (Madagascan Vanilla, Mint Choc Swirl, Sated Caramel) each has a superfood boost. The ice cream is now sold in approximately 1100 locations, which includes Waitrose, Whole Foods Market, Budgens, Holland & Barrett, and Cocado.

“We believe food that isn’t both healthy AND indulgent is broken. We are on a mission to prove that health and true indulgence can go hand in hand.”

Last year, Oppo successfully secured 300,000 within hours of its first crowdfunding campaign launch. Co-founder Charlie Thuillier revealed to the Telegraph that its success prompted Richard Branson to name Oppo the most promising startup of the year. 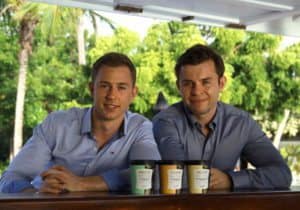 Thuillier also noted that the Oppo’s products took more than two years to develop and used up £60,000 in various Government grants and his own funds:

“At one point I was eating over a liter of ice cream a day. We failed nine times of flavors, and I even ran out of money before we had cracked the recipe, but at the last minute I won a £2,500 business prize from my university [York], which saved the company.”