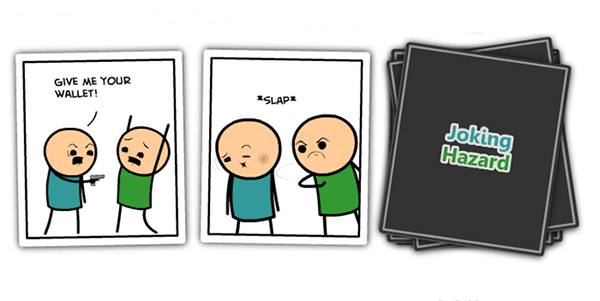 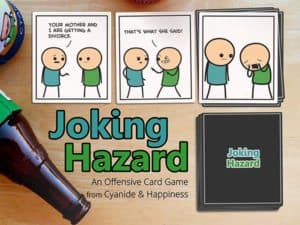 Joking Hazard is described as an offensive card game. Each player competes to finish an awful comic strip out of two panels.  One player is considered a judge and everyone else will put their favorite panel for the final part of the comic. Judge will choose their favorite and that will be the winner. Seems simple but here’s the rundown of the rules:

It was noted that the winning panel will go back to its owner for scorekeeping. The next person will become the judge and the game will continue until a player has three cards. 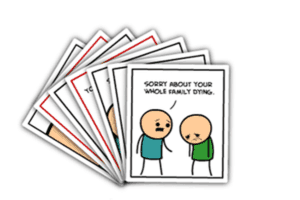 The Cyanide & Happiness gang also announced that they will have some prototype copies of the game this Sunday evening at the Alamo Drafthouse Richardson in Dallas. The event will be held from 5PM-10PM CST.

The company will also be providing new perks for Kickstarter backers. This includes homemade t-shirts, pet comics, and interesting haikus. Those looking to purchase the game through the campaign may do for the price of $25. Estimated delivery is November 2016.