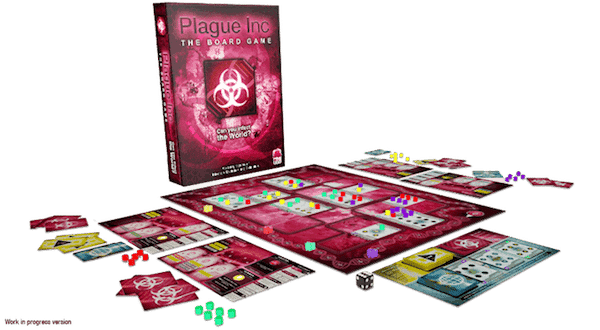 Ndemic Creations, the creators of the hit iOS, Android and Windows Phone strategy video game, Plague Inc., launched a Kickstarter this week to raise $35,000 for the board game version. Within a few days, the project has surpassed its initial goal and currently nearly $100,000 thanks to 1,700 backers.

Plague Inc.: The Board Game is a strategic game of infection, evolution and extinction for 2-5 players lasting 60-90 minutes. Players are deadly disease that compete against each other in a battle to be first to infect and wipe out the planet. The tabletop version is very similar to the video game.

Below is a video about the game’s rules. 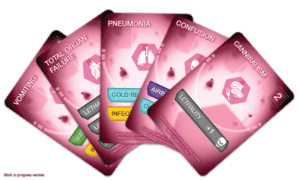 The Ndemic Creations team revealed that the game has been in the development process for almost 2 years now. Currently, the game is available in English and the company stated:

“We know that Plague Inc. is popular all over the world so if you would like us to translate the game into your language – please fill out the form here. If enough people request a translation into a different language – we will see if we can make it happen!”

Plague Inc.: The Board Game is available, starting at $30. Backers can receive the following rewards:

Shipping is currently available for US, UK, EU, Canada and Australia (Ndemic Creations noted that it is in the process of getting shipping down for other countries). Delivery is scheduled for November 2016, just in time for Christmas. The campaign is set to close on May 31st.