Flaming Fowl Studio reportedly consists of a team of former Lionhead Studio workers. Lionhead, the original developer of Fable, was shut down by Microsoft earlier this year. Luckily for Flaming Fowl, the technology giant has reportedly allowed the new studio to create its new card game for Xbox One, PC and Mobile, but did not give it full rights. 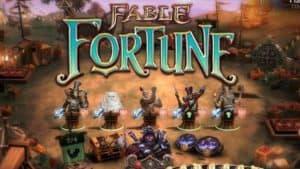 “We approached Microsoft – hoping for the best, prepared for a corporate hand to the face. To our delight they were very open to the idea and agreed to grant us the [license] for Fable Fortune. To be clear, we haven’t been granted a license to the entire Fable franchise, Microsoft have retained these rights, but we have the creative freedom to continue developing Fortune as an independent studio. We care deeply about Fable and it means the world to us that Microsoft have trusted us to continue using the IP.”

Fable Fortune is described as a free-to-play collectible card game (CCG) that combines the franchise’s most cherished gameplay systems with an array of pioneering game modes. The Flaming Fowl Studio crew explained: 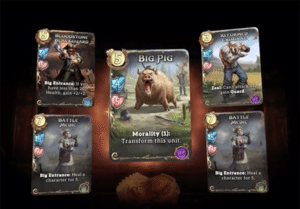 “Fable Fortune was the secret project that we, a small team of veterans, have been heading up from within Lionhead. Inspired by the popularity of Fable Pub Games, Mike West (our Creative Director) originally pitched a Fable CCG back on Fable II. 18 months ago, his passion for the concept finally paid off when he moved into the Franchise Team at Lionhead and we received the greenlight to start development on Fable Fortune. We have been working on it ever since.”

Those looking to back the project will currently receive the new game starting at $15. The campaign is set to close on June 28th.