KAsh Pictures, a Los Angeles production studio, has launched a crowdfunding campaign on Indiegogo to raise $100,000 for the new film, The Order. The action-packed movie will star various actors of the hit TV series, Power Rangers. 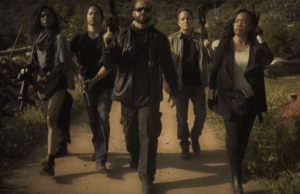 The Order follows a group of vigilantes who often shadows groups such as the FBI and CIA. Each member are described as trained, living weapons who operate in secret. They seek to end violent threats and disasters. Eventually, the organization is faced with its worst enemies which are led by some of their very own members.

KaSH Pictures revealed that they choose former Power Rangers cast members who retraining to bring martial art fights that fans grew up loving. So far, the production team already has the following: 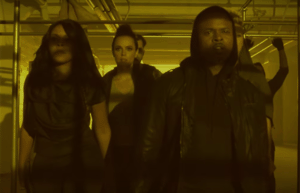 Those involved with The Order are fan favorites such as the original Red Ranger Austin St. John ( who played Jason) and Black Ranger Walter Jones ( who starred as Zack). Along with Azim Rizik (Power Rangers Megaforce). It was written by written and created by Karan Ashley (Aisha Campbell, the Yellow Ranger) and David Fielding (Zordon). it will be directed by David Wald, who is currently the fight coordinator on Supergirl.

Since its launch, the campaign has successfully secured nearly $50,000 from over 400 backers. It is set to close at the beginning of July.

Note: KAsh Pictures not that The Order is NOT a Power Ranger Movie and in no way claims attachment or involvement to Saban Entertainment, Lions Gate, Power Rangers, Fox TV, Nickelodeon or their network properties.

Check out The Order’s teaser below.