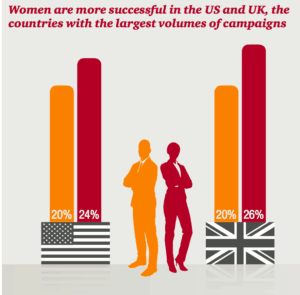 Campaigns led by women across the world in 2015 and 2016 were 32% more successful than those led by men across a wide range of sectors, geography and cultures. Additionally, many female-led projects achieve a greater than average pledge than male-led projects: on average each individual backer contributes $87 to women and $83 to men.

Barry James, CEO of The CrowdFunding Center, commented on the report;

“It’s time to adjust our assumptions and so our perception. These findings pose a serious challenge to current entrepreneurial and business norms, and especially decision making, pointing to a deep-rooted and destructive bias, albeit unconscious. Until now who would have known that when the middle-men decision-makers are removed, and women and men entrepreneurs get equal and direct access to the market not only would this historical and vertiginous bias be removed at a stroke – but when the field was so leveled it would turn out that women would immediately and decisively outperform men across the board?”

James said that it is time to readjust perceptions and attitudes both institutionally and individually;

“This report not only provides the hard data but recommendations and actions for governments, education investors and businesses of all sizes to right this historic injustice and greatly benefit themselves, and us all, in the process.” 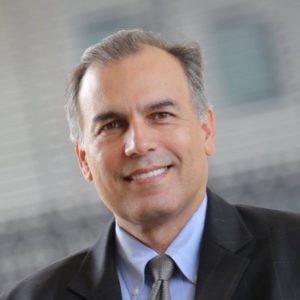 Crowdfunding incorporates a multitude of opportunities beyond finance including market validation, a positive effect on cashflow, an increased likelihood of forging partnerships with other organisations and a greater ability to attract and retain good employees.

“The findings of our Women unbound report pose a strong challenge to existing entrepreneurial and business norms by seriously questioning whether there are deep-rooted biases that are preventing greater access to funding by female entrepreneurs,” stated Manoj Kashyap, PwC Global Fintech Leader. “It is extremely positive to see that the growth and global reach of seed crowdfunding presents several major opportunities, each with the potential for major social and economic impact. Including the understanding and acceptance that seed crowdfunding is now a well-established environment through which women can thrive.”

The report proposes actions for governments, financial institutions, banks, and venture capital firms, female entrepreneurs, and support organisations. As we are all now “micro-VCs”. 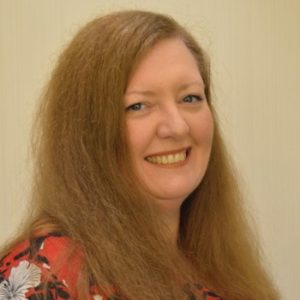 Kay Klug, co-founder of The Crowdfunding Center, believes that eradicating these barriers to opportunity will benefit us all.

“In light of this report’s findings we call on governments, funders, business advisors, educators, entrepreneurs and women and men to seize this opportunity to identify, quantify and remove the grey-suit-factor.”

Alongside the report is a newly launched web site, WomenUnbound.