TechSixtyFour, a UK-based wearable tech startup, is seeking to raise £200,000 on Crowdcube to bring its popular wearable, The Gator Watch, into Europe. According to the company, the Gator watch is described as a wearable mobile phone/tracker made for young kids. It can receive calls with up to 13 trusted people and has a built in location tracker. 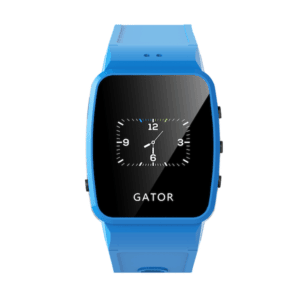 TechSixtyFour revealed that once the Gator Watch is connected it works almost anywhere in the world (includes free EU roaming). The company stated the watch is the smarter way to stay connected to children as it does not connect to the internet, social media, or games. The watch’s story reads:

“In Aug 2015, [founder] Colleen [Wong] was at a farm park with her 2 kids and heard a mother screaming as she looked everywhere for her little boy. The fear of losing her own children coupled with the fact that she dislikes the idea of young children handling smartphones, she started Techsixtyfour. Colleen is extremely passionate about the Gator watch because it keeps families connected without the use of smartphones.”

Wong has notably been named one of 50 most inspiring women in tech in Europe by Inspiring 50 in 2017. She was a Small Business Saturday Champion in 2016 and was invited to 10 Downing Street to showcase the Gator watch. She was also a finalist in the category of New Entrepreneur of the Year at the National Business Awards in 2016 and is a finalist for Entrepreneur of the Year at First Women Awards 2017.

Funds from the Crowdcube campaign will be used for marketing, hiring flexible working staff and preparation for sales of Gator watches to other European countries. (legal, website translation/updates, distribution). The funding round is set to close mid-August.