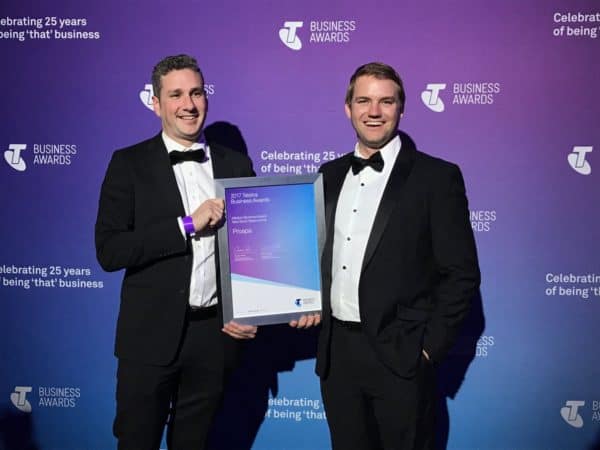 Prospa said it was the first Fintech company to be awarded the accolade. This is the company’s third consecutive appearance as a finalist at the Telstra Business Awards.

Prospa has provided over $400 million in funding for more than 12,000 loans to small business owners during the past five years. Prospa has continued to maintain a high customer satisfaction of over 90%. Additionally, the platform has formed strategic partnerships with Westpac, Reckon and IAG, enabling easier access to finance for small businesses across Australia.

“We’re honoured to be the first Fintech company  recognised as NSW’s top medium-sized business. We believe this win highlights Australia’s changing attitudes towards startups and confidence it has in the fintech industry,” said Beau Bertoli, joint CEO of Prospa. “We owe this achievement to the continued success of the small businesses we support, and the unmatched commitment of each and every one of our team members to execute our ambitious business goals.”

Greg Moshal, joint CEO of Prospa, added that Prospa is one of Australia’s fastest growing companies;

“This week Prospa celebrates its fifth birthday and we are proof you can build a big, high quality, successful business in just 5 years. We look forward to continuing to solve problems for small business owners and supporting the growth of the 2 million small businesses across Australia. ”