Peer-to-peer lending platform JustUs announced this week it has received full authorization by the Financial Conduct Authority (FCA). The online lender revealed that the full authorization is a pre-requisite to offer the JustUs Innovative Finance ISA (IFISA) and registration forms have been submitted to HMRC with a planned launch of the ISA in October. 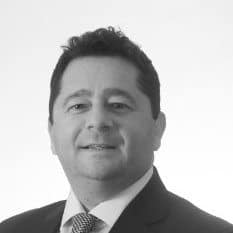 Speaking about the authorization, Founder and CEO of JustUs Lee Birkett stated:

“I am thrilled we have secured this authorisation. It has been a long process and we understand the need for the FCA to be thorough and rigorous. It means we can now push on and raise significant funds to establish JustUs as a true market leader. A number of our larger competitors have been unable to satisfy the regulatory requirements to operate a peer-to-peer lending platform, and have withdrawn from the application process. We wholeheartedly believe in the spirit of peer-to-peer and as a team have all invested a huge amount of the time, money and effort to deliver a unique proposition to UK borrowers and savers.”

“Gaining full regulatory approval shows our belief in the business model Lee and his team presented to us was justified. That is why we at The Garage are so pleased to be part of JustUs.”