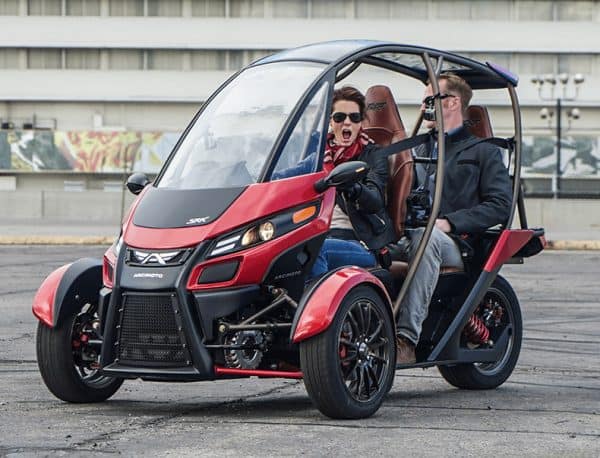 Arcimoto says it raised almost $20 million in a Reg A+ crowdfunding round that closed on September 15th on WRHambrecht. Arcimoto said the company was shooting for $10 million but “landed almost double that”.  Arcimoto added that it will trade on NASDAQ under ticker symbol FUV (IE Fun Utility Vehicle) reportedly tomorrow (September 21st).

Scott Purcell, CEO and founder of FundAmerica, described Acrimoto’s Reg A+ offer a “watershed moment.” He explained that Arcimoto and its service providers figured out how to “combine a traditional broker-dealer selling syndicate with a direct-to-the-crowd sales model without requiring direct investors to suffer the friction of opening brokerage accounts.” While not all Reg A+ issuers want to trade on OTC, NASDAQ or NYSE, there is growing interest in this path. Purcell stated;

“The coalition of Arcimoto and its service providers have finally figured this out and solved the problem. From now on future Reg A issuers and their broker-dealers will be able to easily and in compliance conduct Reg A IPOs with no requirement that direct investors open brokerage accounts or worry about how to sell their shares (and with no DWAC needed).” 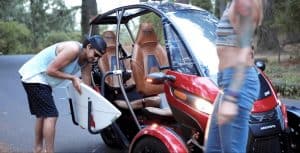 The Arcimoto SRK is an electric utility vehicle for two passengers with gear at an affordable target base model price of $11,900. Falling under the Motorcycle class in the US, the SRK has a top speed of 80 MPH and zero to 60 times of 7.5 seconds. The range is estimated at between 70 to 130 miles. Full production and delivery is expected to begin in Q4 of 2017.

Investors purchased shares at $6.50 each. The company sought a max raise of $30 million but easily topped their minimum $4.6 million hurdle. The company needed to raise at least $6 million to list on NASDAQ. The offering circular is available here.

There are now a handful of companies that have completed Reg A+ crowdfunding rounds quickly followed by a listing on a national exchange. Arcimoto may be a sign of a trend establishing a resurgence in small IPOs. The additional funding will now fuel Arcimoto to take its vision and vehicle to the next level.

“To everyone who has pitched in, you have our sincere thanks. This round has been powered, not by the world of venture and institutional finance, but by regular investors who have put their hard-earned coin into a venture they believe in.”