Dental technology company, Brushlink, quickly secured its initial £400,000 just days after launching its equity crowdfunding campaign on Seedrs. Founded in 2015, Brushlink offers a smartphone app and associated device that transforms any toothbrush into a smart toothbrush. 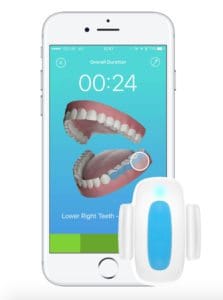 “A quarter of all adults in the UK do not brush twice a day, for the recommended two minutes, which dramatically increases the risk of tooth decay and gum disease. Brushlink is a revolutionary product that is set to disrupt the oral care and dental insurance markets.”

The company revealed that its device attaches to all toothbrush types and seamlessly links to the smartphone application via Bluetooth technology. It was also noted that the system provides patients with real-time feedback on their brushing angulations and coaches them to improve their oral hygiene habits.

According to BDaily, CEO and Co-founder of Brushlink, Dev Patel, reportedly stated:

“The UK’s oral care market is ripe for disruption and has so much potential for innovation. I am extremely excited to ensure that our product becomes a feature in every UK household as we set to hit growth targets. The concept is highly scalable and sits within a vast market and more importantly it is affordable. It’s not feasible for consumers to spend hundreds on ’techy toothbrushes.’ You don’t have to say goodbye to your old toothbrush to say hello to a better way of brushing!”

Brushlink noted that users who subscribe to the Brushlink Rewards plan or use certain dental insurance providers will be able to receive financial rewards for accumulating Brushlink points.

“The patients are rewarded with a brushing score after each session, based on the duration and angulations quality of their brushing.”

Brushlink’s Seedrs campaign is set to close later this fall.