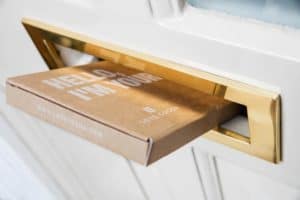 Founded in 2016 by James Cadbury, who is a descendant of John Cadbury of the Cadbury Confectionery Company, Love Cocoa stated it has “reinvented” British chocolate favorites with a contemporary approach of being free from gluten, refined sugars, and palm oil. Cadbury revealed:

Love Cocoa is also a Virgin Foodpreneur 2017 finalist and has also won a number of industry awards including Great Taste Awards and have been shortlisted for Great British Food Awards. The company stated that its chocolate bars are sold in Fortnum & Mason’s along with many independent stores.

“We launched into retail this year having originally started online. Our first stockist was Fortnum & Mason’s. We have recently signed with two large distributors which should help us expand our retailer presence in the UK. We also have distribution agreements in place for Japan & China.”

Love Chocolate also has a gift and subscription chocolate service that delivers its chocolate through customer’s mailboxes. The company designed the letterbox sized box in an effort to avoid issues with missed deliveries. The service also provides a monthly subscription.

Funds from the campaign will be used to continue Love Chocolate’s expansion.