The CFTC Division of Enforcement Virtual Currency Task Force has been rather busy. Today, the Commodity Futures Trading Commission, has shared two enforcement actions filed against Bitcoin / Cryptocurrency related fraud cases. The first was against the Entrepreneurs Headquarters Limited, the second was filed against Defendants Patrick K. McDonnell, of Staten Island, New York, and CabbageTech, Corp. DBA Coin Drop Markets (CDM), a New York corporation, charging them with fraud and misappropriation in connection with purchases and trading of Bitcoin and Litecoin. 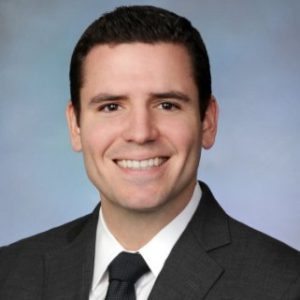 James McDonald, the CFTC’s Director of Enforcement, said this action is another example of the CFTCs determination to “act aggressively and assertively to root out fraud and bad actors involved in virtual currencies.”

“As alleged, the Defendants here preyed on customers interested in Bitcoin and Litecoin, promising them the opportunity to get the inside scoop on the next new thing and to benefit from the trading acumen of a supposed expert,” said McDonald. “In reality, as alleged, customers only bought into the Defendants’ fraudulent scheme. We will continue to work hard to identify and remove bad actors from these markets.”

The CFTC Complaint alleges that from January 2017 to the present, McDonnell and CDM engaged in a fraudulent virtual currency scheme to convince customers to send money and digital currencies to CDM. The alleged trading scam offered profits of as much as 300% return on investment in less than a week.

The CFTC Complaint explains the supposedly expert, real-time virtual currency advice was never provided, and customers who provided funds to McDonnell and CDM to purchase or trade on their behalf never saw those funds again. In brief, McDonnell and CDM’s claims were simply digital vapor.

Apparently, to hide their tracks the Defendants shut down their website and attempted to scrub all social media materials from the internet in a digital scrubbing.

The CFTC seeks restitution to defrauded customers, disgorgement of benefits from violations of the Commodity Exchange Act and CFTC Regulations, civil monetary penalties, trading bans, and a permanent injunction against future violations of federal commodities laws, as charged.