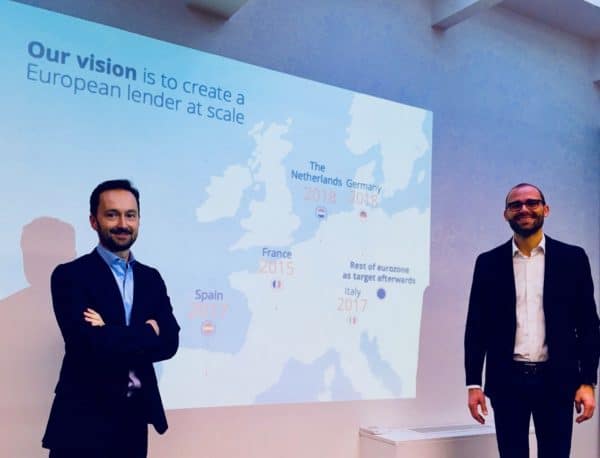 After France, Spain and Italy, Lendix is launching operations in Germany and the Netherlands. The company reaffirms its strategy to be first to market with a pan-European strategy, leveraging its marketplace business model through the addition of local teams.

With these words Olivier Goy, founder and CEO of Lendix started the presentation of the company’s expansion into Germany and the Netherlands. Olivier Goy and Patrick de Nonneville, Lendix’s COO, gave a complete review of the company’s strategy and the main components of its business model.

Why the Rapid International Expansion?

Lendix is determined to be first to seize the pan-European crown by entering multiple geographies in rapid succession. In that, Lendix stands out among SME lending marketplaces which have a sizeable domestic market. Most, like the European pioneer and leader Funding Circle, prefer to establish a strong brand at home and wait several years before going abroad.

Not Lendix. Lendix started to expand into Italy and Spain hardly two years after its launch in France in 2015. Only Spotcap has a comparable internationalization strategy, albeit more global than pan-European, and with a different market focus on shorter-term SME loans.

For Lendix execs, this rapid international expansion enables each new country to leverage the marketplace’s existing assets, its technology, its scoring data and risk model, its best practices, and therefore reach the point of positive cash contribution faster.

“The origination volume necessary for a viable market is €10 million per month. It can be more easily reached in a pan-European model,” said Olivier Goy.

Olivier see his company’s international expansion as an integral part of the balancing act between growing loan origination and delivering loan portfolio performance.

The International expansion helps to offers to institutional investors a diversified loan portfolio and maintain a low risk level. Lendix relies for more than 80% of its loan financing on institutional investors. The company recently raised its third fund, a €200 million European long-term investment fund (ELTIF). Lendix has financed over €150 million worth of loans so far and aims to grow as fast at Funding Circle did in its time while keeping a low default rate. Its current default rate calculated as an interest rate markdown is at less than 1%.

For Lendix, Continental Europe still is a largely untapped opportunity. Online direct lending in Continental Europe represents only 0.2% of the addressable market, against 2% in the UK, and 2.7% in the US.  The company estimates the European SME lending sector at €680 billion, with Spain being the largest market, ahead of Germany, France, and then UK. However, market size is not always the best indicator of market opportunity. Italy, for example, is a smaller market but a great opportunity for alternative lenders because SMEs there are most underserved. 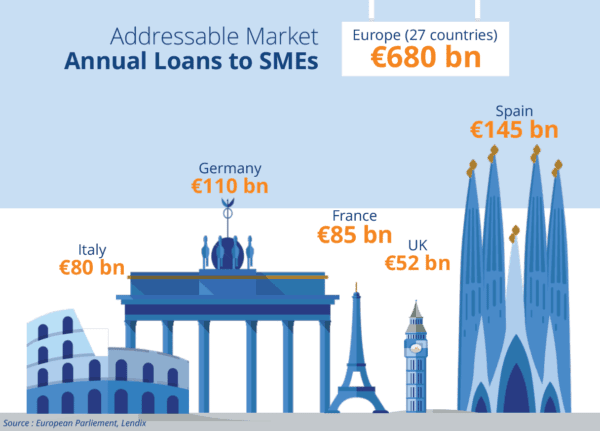 For Olivier, the fact that most Continental European countries are overbanked and that banks can offer SME loans at a 1.5% interest rate is not a problem. Banks are still unable to deliver the type of SME loans that Lendix specializes in, especially not at the required speed in the underwriting process.

“We are not taking the scraps from bankers. SMEs are still underserved. We offer SMEs speed, international loans, and unsecured loans whereas banks finance only plain vanilla loans. Banks have started to understand that our offering is complementary to theirs and to bring us business,” Olivier Goy added.

Tackling Germany and the Netherlands

For Lendix, the main investment needed to serve a local market is a strong local team, a seasoned team with connections to local regulators and local institutional investors and with experience in recruiting and vetting borrowers. Lendix management does not believe in fully automated underwriting. The company uses algorithmic credit scoring mostly to filter out 84% of the applicants and focus human underwriters on squeezing the 3% out of the remaining 16% who qualify for a loan.

“The cornerstone of opening a new location is creating a local team led by an experienced CEO who can successfully drive our integration within local networks,” said Olivier Goy.

The German and Dutch teams have not yet been assembled. Note to readers: the search for CEOs is still ongoing.

The German market conditions differ from the Dutch conditions, which will lead operations to differ, too.

Germany is a very large country with 83 million inhabitants and a very dense fabric of SMEs. However, the country does not have a crowdlending regulation that would allow Lendix to serve SMEs as an open marketplace. Local alternative lending competitors have no choice but to use a fronting bank. Lendix does not want to deviate from its marketplace business model as it would reduce the overall company leverage. For that reason, awaiting a change in regulation, Lendix will not cater to retail investors in Germany.

The Netherlands by contrast is a much smaller market of 17 million inhabitants. But it has a very favorable crowdlending regulation, greater data quality, and higher rates.

Funding Circle is present in both countries, which is favorable in terms of market education. 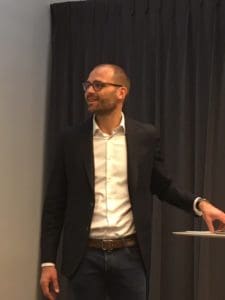 Lendix has set itself an extremely ambitious target.

The stars are so far aligned: the company is well funded to the tune of €19 million; it has €200 million loan financing power to serve its multiple geographies; its technology can scale to process ten times more loans.

The next steps are clearly identified, with the immediate major goal being recruiting local German and Dutch teams. New products are also on the table, such as leasing, and possibly white-labelling the company’s technology.

The company intends to remain loyal to the open marketplace model. While Lendix does not spend any money recruiting retail investors, the company appreciates their contribution, including how the community of retail investors challenges the platform and the borrowers.

“The quality of our projects is our one and only marketing investment to recruit retail investors,” said Patrick de Nonneville.

Beside the overall economic climate, several external factors could give to the company program a boost: the availability of SME banking data through the implementation of PSD2, and a favorable European crowdfunding regulation currently in discussion.