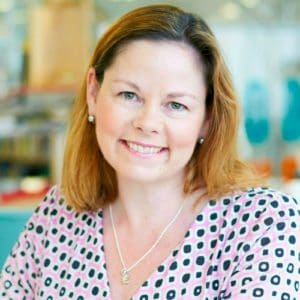 Trillion Fund, authorised and regulated by the Financial Conduct Authority (FCA), changed its business model in September 2015, deciding that it could no longer offer investments to retail investors in renewable energy projects. The decision was driven in part of the UK Government’s decision to cut incentives for new, small-scale solar and wind installations which affected Trillion’s ability to raise working capital and secure deal flow. Trillion Fund previously put the platform up for sale.

But even while Trillion felt compelled to pivot, the platform continued to service legacy loans.

Today, Trillion has shared that the final loan has been repaid in full. Investors who backed the E5 Energy wind turbine installation project three years ago on Trillion, the renewable energy crowdfunding platform, have received both the capital and expected interest on their loans back early. The raise, completed in April 2015, offered investors who put in more than £50 a fixed interest of 7 per cent a year for three years. According to Trillion, £1.75 million was raised from 407 investors.

In November 2016, Endurance Wind Power, the Canadian wind technology firm that owned 50% of E5 Energy (and E2 Energy, another loan on the platform), entered administration. Earthmill, joint owner and an operator of Endurance turbines in the UK, have continued to manage the wind turbines against which investors’ loans were secured and were able to arrange full repayment of all loans on or before their due dates.

Trillion states that despite challenging conditions, Trillion continued to meet its obligations to manage and facilitate repayments of the outstanding loans for existing investors and the full settlement of the E5 Energy loan marks the conclusion of that process.

“I’m delighted that all investors who chose to invest in loans on the Trillionfund.com platform have received their money back, with interest, in full,” commented Theresa Burton, CEO of Trillion. “No one who invested via the platform lost any of their capital, despite the significant blow to the UK renewable energy sector that occurred in Autumn 2015. Since then, renewable energy firms have been adjusting to the loss or reduction of tariffs as business models evolve, costs come down and battery storage becomes a major component. There is a bright horizon on the future.”