The House Crowd, a UK property crowdfunding platform, announced on Wednesday raised just over £1.3 million over a 24-hour period for housing developments in Lees, Greater Manchester. The funding portal reported that this is the first time it has broken the £1 million mark in a day. 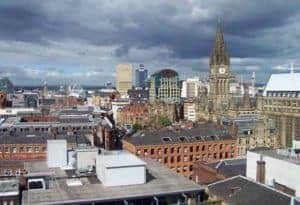 The House Crowd reported that in 2013 it passed £1 million in funds secured within 12 months of starting the business, and by 2016, it had achieved its first £1M in a week. On April 12th, The House Crowd finally exceeded its goal of raising over £1 million in a single day. The actual amount raised in 24 hours was £1,304,000.

Speaking about the milestone, Frazer Fearnhead, CEO and co-founder of The House Crowd, stated:

“Raising one million pounds in a single day is not just a confidence boost for The House Crowd and the service that we offer, but also for housing developments in the North West. The numbers don’t lie – there is clearly a big appetite amongst retail investors for property development financing and peer to peer secured lending, which is exactly what we offer.”

“It’s important that we keep up this momentum to continue helping solve two of the major problems within our society – the lack of quality housing and people’s difficulties in saving their money. If we can continue building much needed housing, whilst providing our members with a reliable way to build a nest egg for their retirement, then we are serving our purpose.”