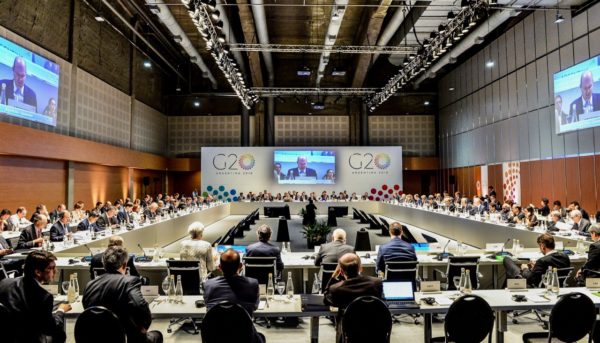 The Financial Stability Board (FSB) published a report on crypto-assets, including cryptocurrency and blockchain based securities, last week. The document is being presented to the G20.

The document is a byproduct of the G20 meeting which took place in Buenos Aires in March. The member nations called upon the FSB to review and provide an update on crypto-assets  with the report being presented this week.

The FSB said it has developed a framework, in collaboration with Committee on Payments and Market Infrastructures (CPMI), to monitor the financial stability implications of the developments digital assets. The report sets out the metrics that the FSB will use to monitor developments these markets as part of the FSB’s ongoing assessment of vulnerabilities in the financial system.

The FSB said that crypto assets do not pose a systemic risk at this time but acknowledged the need for “vigilant monitoring.”

The group said the use of leverage, and financial institution exposures to crypto-asset markets are important metrics of transmission of risks to the broader financial system.

The framework also includes metrics on trading volumes, pricing, clearing and margining for crypto-asset derivatives. Metrics on exposures will become part of the framework to the extent that they become available.

“New innovations that might add to efficiencies at the cost of safety represent an important challenge for central banks. Currently, ‘first generation’ private digital tokens (which include so-called ‘cryptocurrencies’ and crypto-assets) that are totally decentralised and do not represent a claim or underlying asset, make for unsafe money. Safer central bank issued cash may be less convenient in an era of electronic payments, and the use of cash is declining in some jurisdictions. At the same time, central banks are reviewing how to improve and modernise existing central bank operated payment systems. Central banks can encourage and catalyse improvements to current arrangements, as has happened recently in the field of faster payments. However, responding directly to the challenge with a central bank digital currency (CBDC) would be an entry into uncharted territory.”

Last week, a US Congressional committee held a hearing on the future of money with a good portion discussing the pros and cons of having a CBDC.

The list of initial metrics to be monitored are below. The full FSB report may be downloaded here. 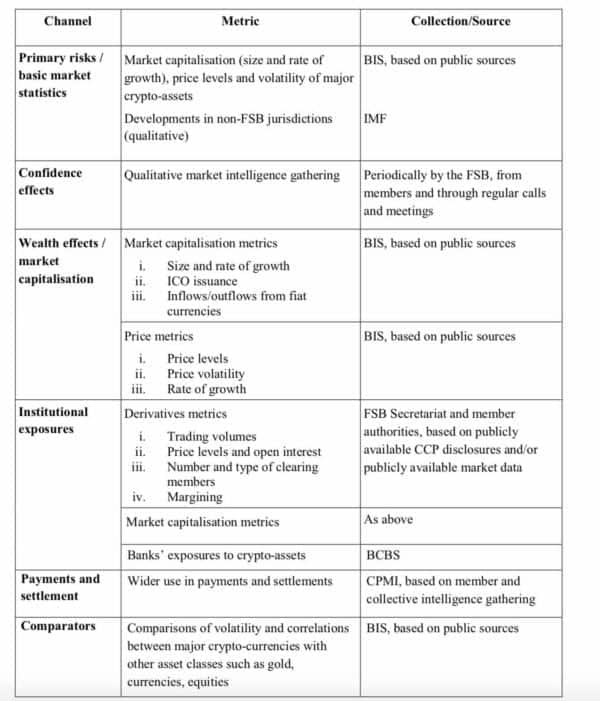