Launched to create an open source platform for the free and fair exchange of data utilizing blockchain, Streamr continues to thrive, having recently partnered with Japan-based AI platform Daisy AI, CRYPTICS, HPE, Fysical, won the Plug and Play Global Innovation Award for Performance from innovation platform STARTUP AUTOBAHN, named one of the Crypto Valley’s Top 50 and raised CHF 30 Million in its ICO. 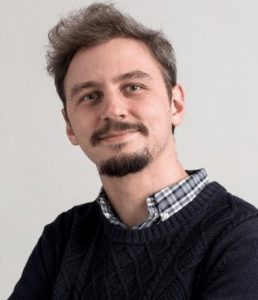 CEO Henri Pihkala helms the Zug, Switzerland based real-time data protocol platform. Streamr  also seeks to enable companies to better build and market their products in the IoT so that people will regain control of the data they produce and society therefore will be better off when the value in the data is not concentrated in the hands of a few giant companies.

After Streamr partnered with Daisy AI and CRYPTICS, I reached out to Pihkala via email for a quick Q&A to learn more about his insight regarding innovation, data apps and vision for the company. Our interview follows.

Crowdfund Insider: Please comment on Streamr’s growth and overall observations for the sector.

Henri Pihkala: Streamr has grown significantly in 2018 alone; following the launch of our real-time Marketplace, Streamr has had the pleasure of working with industry powerhouses HPE, Nokia and OSIsoft.

In July, Streamr was named as the first blockchain project to have won the STARTUP AUTOBAHN Plug and Play Award for Global Innovation for our partnership with HPE. Working to further innovation and drive the evolution of smart cities, we joined the Mobility Open Blockchain Initiative (MOBI) ecosystem alongside four of the world’s largest automakers; BMW, Ford, General Motors, and Renault to make mobility services more efficient, affordable, greener, safer, and less congested.

Crowdfund Insider: On what innovations is Streamr primarily focused?

Henri: Our focus is on two major developments. The first is to decentralize our Network. The Network is what ports real-time data around the globe. Currently, it is centralized – we run it ourselves – but within a few years we should be at a place where anyone with the right computing specs, could help run the Network by running a broker node and earn DATA by doing so. We’re very much hoping to make visible milestone progress on this within 6-9 months.

'Although interesting, individual data streams are not as valuable as aggregated data from a group of vendors.' @streamr CEO @henripihkala Click to Tweet

The second innovation we’re focusing on is our community bundling feature. This will be a killer tool for the Marketplace, allowing data buyers to come along and purchase multiple feeds from the same gadget type but a variety of owners. To use an example, think of a smart activity tracker like a Fitbit. Imagine if you could use a function on the linked app to ‘sell your data’, making it available to purchase on the Streamr Marketplace. Although interesting, individual data streams are not as valuable as aggregated data from a group of vendors. Grouping these streams together, while enabling individualized remuneration, and importantly, at a large scale using millions of gadgets would be a gamechanger. At Streamr we are working on this feature now and it is really exciting.

Crowdfund Insider: What is your vision for the platform? 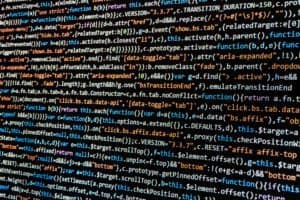 Henri: Streamr’s vision is to deliver unstoppable data to unstoppable applications. The aim is to provide a complete system to tokenize the value of real-time data to enable a new way for machines and people to trade it on a decentralised P2P network. Streamr believes that we should, and can, control how our data is used instead of passively allowing companies and governments to take this information or risk it being exploited by corrupt organizations unbeknownst to us.

'Streamr believes that we should, and can, control how our data is used instead of passively allowing companies and governments to take this information or risk it being exploited by corrupt organizations unbeknownst to us.' @streamr @henripihkala Click to Tweet

Crowdfund Insider: Where do you see issues in the sector? How will Streamr bridge these potential gaps?

Our partnership with HPE saw real-time vehicle data being collected. Using sensors it gathered information on monitor fuel consumption, location, acceleration and gearing, which was sent straight to the Streamr Marketplace.

In the near future, a person’s automobile will be producing data related to traffic congestion, road quality, and even petrol prices at stations passed on their route. In turn, drivers will need to obtain data on where they should avoid congestion, redirected traffic, and road repairs. What’s important is that all of this data is tradeable. The control, however, is given back to individuals, with the decision resting with them about whether they hand that information over to highway agencies, smart city operators, or their fellow drivers.