Australia- based fintech startup INAMO is reportedly testing out its contactless wearables in the U.S. Founded in 2016, INAMO reported it is now seeking to transform the way payments are being made by developing wearable payment devices to make contactless payments faster and simple. 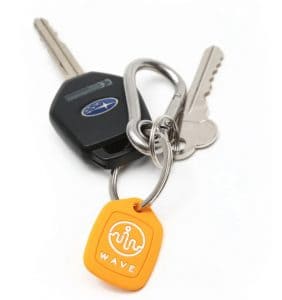 “Our waterproof wearables are designed for different lifestyles offering a choice from INAMO’s the CLASSIC, CURL and WAVE. No more searching through a wallet looking for a card, worrying about where to put money or cards when going for a run, walk, cycle or going to the beach.”

INAMO also claimed its wearables may be used at any contactless terminal that accepts prepaid Visa, globally (excluding the US), fast and easy. No need to change current banking arrangement, simply load your INAMO wearable through your online banking website. According to Finextra, INAMO has been conducting various wearable pilots over the past year. The company collaborated with VISA to pilot its pay-by-sunglasses, WaveShaes, at the St. Jerome Lane Way Festival. Visa also demonstrated WaveShades at South by Southwest Tech Conference in 2017.  Speaking about the U.S. pilot, Founder of INAMO, Peter Colbert reportedly stated:

“The timing is perfect as it comes at a time when contactless payments in the US has seen significant growth in merchant acceptance.”

Colbert went on to add:

“While the initial concept of INAMO wearables was designed for people with an active lifestyle, I am pleased to hear feedback from INAMO users who tell me that our wearables are also helping people with a physical disability such as Rheumatoid Arthritis, Cerebral Palsy, MS, Autism and those that are vision impaired, in being independent & raising their self esteem. INAMO provides people with an innovative wearable product that can make their daily life activities such as shopping and paying for purchases a little easier.”