Just a little over a year after securing more than £1.1 million on Crowdcube, UK technology startup Verv has returned to the equity crowdfunding platform with a goal to raise a minimum of £350,000. 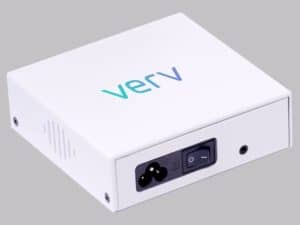 As previously reported, Verv was launched in 2014 and has developed an intelligent energy assistant which uses high-speed energy analytics and machine learning to power appliances. The company, which now has six patents, is backed by Centrica (British Gas) and mentored by Googled. It has sold units to British Gas, EDF, and Allianz.

“Verv’s plug and play product samples your home electricity 1 million times a second (ahead of the government smart meter standards at every 5 to 10 seconds), creating an ultra-high resolution of your energy usage for Verv’s energy monitoring AI to pinpoint each appliance turning on or off in your home.”

Verv noted it is funded by 6 government grants and has also created a peer-to-peer (P2P) energy trading platform that enables consumers with excess solar power to sell it directly to their neighbors, lowering bills and improving access to green energy. The company has also conducted the UK’s first Peer-to-Peer energy trade on the blockchain in April (with support from Ofgem). 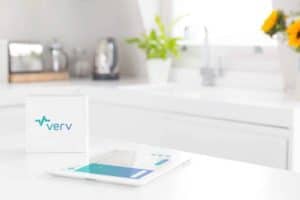 “The Verv hub sources electricity data at up to 5 million times faster than a smart meter, meaning the insights it can provide extend far beyond electricity consumption, opening up opportunities in energy, care and insurance services where Verv has trials underway with a global insurer and 6 international energy companies.”

Funds from the Crowdcube round will be used to continue Verv’s growth and expansion. Since its debut, the campaign has secured more than £115,000 from nearly 40 investors. It is set to close at the end of December.