Barcelona-based Nanusens nanotechnology company has closed a €1,073,800 financing round through the Crowdcube investment marketplace, aided by a Inveready seed capital fund and 785 private investors. This campaign marked the fifth capital increase carried out by Nanusens.  Caixa Capital Risc Dieco Capital and its shareholders.

Nanusens, a technology company which develops chips for mobile phones with micro mechanisms, was founded in Barcelona in 2014 and directed by Josep Montanyà PhD, with Dr. Daniel Fernandez and Dr. Marc Llamas. 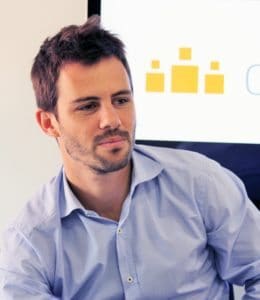 “Nanusens is an exciting tech company born in Barcelona but with an ambitious global vision, and there is a growing number of investors in the UK and abroad keen to invest in European businesses like this,” Director de Crowdcube para el Sur de Europa Pepe Borrell told Crowdfund Insider.

Nanusens is currently opening an office in London with plans to establish another team in China in 2019. Nanusens’ engineers have reportedly developed an innovative manufacturing process for mobile nanosensors reducing production costs and drastically shortens the manufacturing time (up to 85%), while improving chip performance. It is estimated that worldwide, 2,800 million are sold annually terminal and the chip market with micro and nanomechanisms recorded an annual growth of 12% and moves about $40B a year.

“Nanusens has the technology to design and manufacture sensor chips with a standard manufacturing process widely used in the semiconductor industry, called CMOS, having an economy of scale and using state of the art equipment,” according to the company. “This way, we aim to deliver new products to the market in 1-2 years, with lower production costs, smaller size and better performance.”

With the supply chain already  defined, Nanusens expects to complete the production of its first chip by early next year and is already in talks with potential Chinese customers to launch the chip to the market next year.

“Crowdcube is an amazing crowdfunding platform that has allowed us to approach a very large number of private investors worldwide. I have been surprised by how savvy many of the investors have proven to be, challenging me with deep questions on our business plan,” Nanusens Director Josep Montanyà PhD told Crowdfund Insider via email.  “Besides the funds raised, the process has been like going through multiple due diligences in parallel.”