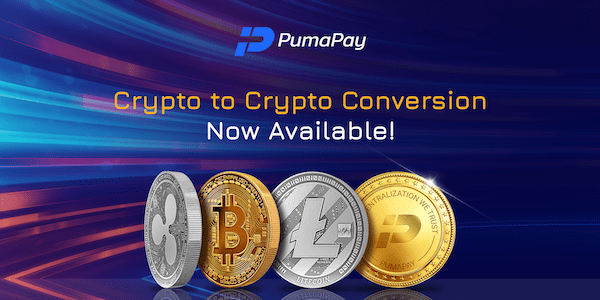 PumaPay announced last week it is now offering crypto-to-crypto conversion in the PumaPay Cryptocurrency Wallet. PumaPay reported that with the latest update, in addition to exchanges, PMA may now be converted right int he wallet. This process can notably be done straight in the wallet app’s Android version, with the iOS version is now under review by Apple and will be available shortly.

While sharing details about the latest update, the PumaPay team stated:

“With this release, you can exchange any ERC20 token to ERC20 supported by Changelly. Soon, we will add Bitcoin support to the PumaPay Wallet, so then you will be able to convert BTC into PMA as well, with other major coins also scheduled to be added to the our wallet app.”