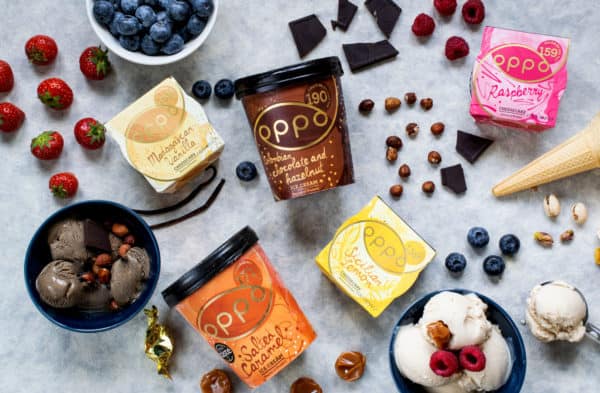 First crowdfunded on Seedrs in 2015, Oppo Brothers has received a buyout offer from HP Wild Holding AG that will deliver a 4.35x return for early investors, according to a note from the crowdfunding platform. Seedrs added that once EIS tax benefits are taken into consideration, early investors will receive a 6.2X return since the company’s first crowdfunding round.

Seedrs said that investors will be given the opportunity to accept or decline, but the offer is conditional on more than 90% of shareholders accepting.

Oppo Brothers is a unique healthy ice cream concept firm. The company was pitched as allowing consumers to indulge in a culinary treat that was a luxury ice cream that was both low calorie and good for you. Founded in 2014 by brothers Charlie and Harry Thuillier, the two siblings conceived of the business during a trip to South America. Using superfoods such as baobab, cacao, and stevia leaf as alternatives to sugar, a scoop of Oppo is said to have fewer calories than an apple.

Oppo Ice Cream is currently retailed in Waitrose, Asda and Sainsbury’s stores across the UK.

In 2015, Oppo Ice Cream became the “most overfunded” offer ever on Seedrs. The company originally sought just £100,000 but raised more than three times that amount. Oppo went on to raise £1.1 million on Seedrs over 3 funding rounds. It is interesting to note that Oppo Ice Cream pitched their company on Dragon’s Den but not a single investor decided to back the company. While no money was raised, the national exposure did help to promote the nascent brand.

Thomas Pfisterer, Director for Direct Investments at HP Wild Holding AG, explained that they like the product and the company’s mission to improve the way people eat. Pfisterer said they are ready to support the company with “significant resources” but this can be justified only with a meaningful stake in the firm:

“We’re therefore prepared to purchase non-founder shares at a significant premium to purchase prices paid in very recent, similar buyback transactions in Oppo to ensure it is attractive for investors to sell.”

Seedrs reported that the offer was for £6.15 per share. The first crowdfunding round was at £1.414 per share. The second crowdfunding round on Seedrs in 2016 raised at £2.85 per share representing a 2.16x return or 3.08x, and no CGT to pay, taking EIS benefits into consideration. Seedrs investors also invested in an Oppo convertible instrument in 2017, and they will receive a 1.5x return on their investment.

HP Wild Holding is expected to keep the founding family members in place as management. They will also continue to be majority shareholders. The company is only looking to purchase shares from external shareholders including Seedrs.

Jeff Lynn, co-founder and Executive Chairman of Seedrs, commented on the buyout offer saying they were delighted to report the potential returns to investors:

“Early investors in Oppo will be receiving an impressive return for a four-year investment, which is a further demonstration of the positive returns investors can earn from investing in early-stage businesses. It has been a great pleasure working with Charlie and Harry through their journey, and we wish them the best of luck as they continue to grow the company together with HP Wild.” 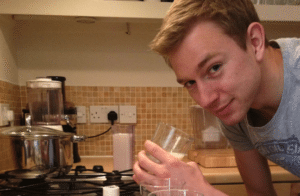 Charlie Thuillier, Co-Founder of Oppo, said they were thrilled to present the buyout offer to Seedrs investors. Lhuillier added that it was always their mission to deliver a positive return to their crowd investors since they first crowdfunded in January 2015:

“We have a number of shareholders who invested on the same terms outside the Seedrs platform, and they are all delighted to accept the offer. Dr. Wild and his team have a wealth of expertise in the FMCG industry and we’re excited to begin a new phase of the business with their involvement.”