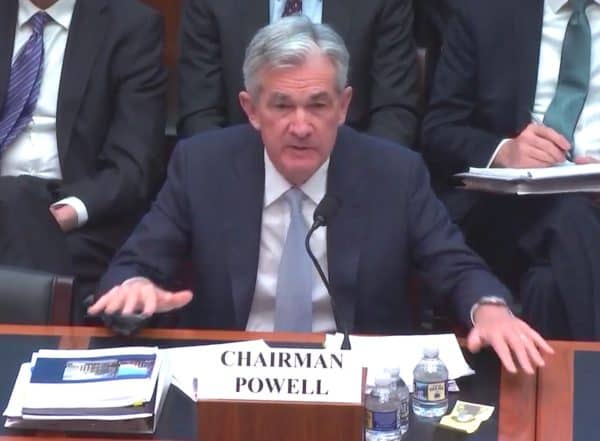 It is almost inevitable that topics regarding Fintech surface in Congressional hearings that address the financial services industry. This week’s hearings involving the House Financial Services Committee and Federal Reserve Chairman Jay Powell were no different and some of the questionings went beyond payments. There were plenty of routine queries regarding monetary policy, interest rates, balance sheets, and economic growth, but Powell received many questions that probably veered from his day to day routine. 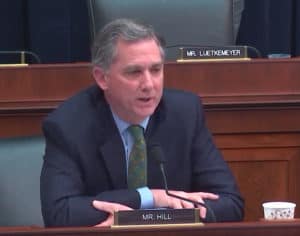 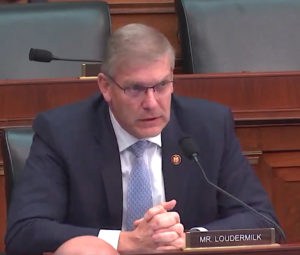 “From a monetary policy standpoint the implications are not large certainly in the near term,” stated Powell. “People are not using cryptocurrencies in large sizes for payments, for example. It’s really been more of a store of value for some. You can see that it is highly volatile so I do not think it is attracting a lot of success there.”

Powell offered to speak in greater detail with Loudermilk and his office offline after the hearing.

Representative Warren Davidson of Ohio, the lead legislator on a pending cryptocurrency bill, was able to squeeze in a question on crypto and tokenization at the very end of the hearing.

Davidson asked a question about the “token economy” and crypto assets drawing a parallel to how the internet was (or perhaps was not) regulated in a way that fostered innovation and the development of a robust digital ecosystem ( IE the Telecommunications Act of 1996). Davidson said the regulation of the internet was inherently “light touch,” implicitly stating he would prefer a similar approach for digital assets.

“Bitcoin doesn’t represent blockchain anymore than a website represents the internet. It is one use,” said Davidson as he queried the Chair.

Davidson said that the US has been reluctant to provide regulatory clarity when it comes to digital assets. He expressed his concern that capital is flowing to more blockchain friendly jurisdictions that have established more clear cut rules.

“Capital has fled the United States where this innovation [was] initially off to a good start,” said Davidson. “Do you believe that regulatory certainty could foster innovation in this market .. in the token economy?”

Chairman Powell appeared to be a bit thrown by the question.

“I would want to understand that better but, yeah, that makes sense…” 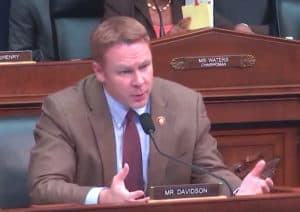 Davidson made a statement about the SEC’s overriding concern of protecting investors in the securities market and the fact the Commission is qualifying all crypto as securities. His Token Taxonomy Act which seeks to provide additional bright line definitions of what is, and what is not a security, is expected to be brought up in the House Financial Services Committee in “short order,” stated Davidson.

The Federal Reserve has spent some time researching and monitoring the crypto or digital asset sector. The Federal Reserve Monetary Policy report, which is a precursor to this annual hearing, touched upon “crypto assets,” and its relationship to developments related to financial stability – which is part of their mission.

“… While this framework provides a systematic way to assess financial stability, some potential risks do not fit neatly into it because they are novel or difficult to quantify, such as cybersecurity or developments in crypto-assets. In addition, some vulnerabilities are difficult to measure with currently available data, and the set of vulnerabilities may evolve over time. Given these limitations, we continually rely on ongoing research by the Federal Reserve staff, academics, and other experts.”

Like some other central banks have clarified, it appears that crypto markets remain quite small in relationship to traditional markets and currency exchanges. Systemically, crypto is of little importance today but that does not mean it will remain that way forever.  At the Fed, it is barely a blip on the radar. But it remains a hot topic in Fintech and has clearly caught the attention of both policymakers and regulators. Davidson’s Token Taxonomy Act, which was introduced during the last session of Congress, was more of a run it up the flagpole event. If or when the legislation hits the House Financial Services Committee we should have a better understanding as to what kind chance the legislation may have to move forward in the House and potentially the Senate.