Fairafric produces certified organic chocolate, from bean to bar in Ghana. Chocolate, with its reported per capita consumption of approximately 5kg per year in most of Europe, is ready for disruption and more ethical production. Kickstarter alum Fairafric aims to increase income per bar five-fold and create qualified, well-paid employment for its West African team. Because the demand for Fairafric has constantly surpassed its production due to its limited factory capacities with its partners in Ghana, the Munich-based chocolatier, founded by CEO Hendrik Reimers, has partnered with Seedrs.  So far, sweet success: Fairafric is already overfunding. 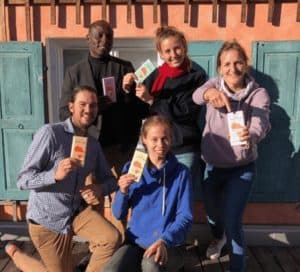 “We believe most of these jobs require a post high-school level of education, so they should allow the workers to provide for their families, enjoy full health care, and have enough funds for their children’s higher education,” according to the Fairafric campaign. “With a minimal marketing spend, we were able to win numerous online customers. At the end of 2018 close to 450 retail outlets stocked us and tens of thousands of consumers have already enjoyed fairafric chocolate. Now we are aiming to cater to this rising demand while spreading the Made in Africa story to a wider audience.”

To scale its production, fairafric teamed up with Weinrich’s engineering crew to build a new chocolate factory in the country of cocoa origin, Ghana. The solar powered factory will be the biggest employer in the area, and could create more than 50 jobs; the factory layout has reportedly been created with future capacity expansion in mind.

“We will incorporate a visitor concept, in which you can tour a model farm and experience our chocolate production process right afterwards,” said Fairafric. “You will also be able to see our chocolatiers being trained in our on-site chocolate school.” 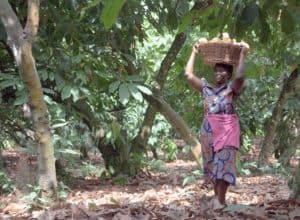 “We supply organic shops directly and indirectly via wholesale accounts with Fairafric chocolate. This is our biggest market and also where we consider ourselves to be most competitive, with our RRP of €2.99 per bar, as most other chocolates have a similar price tag,” explained Fairafric. “One World Shops is where we found most of our first customers and where we consider ourselves to be particularly strong. We’ve seen that shops have been open to listing us and even willing to up-sell to their customers by explaining why Fairafric has so much more impact in Africa. Here we’ve found our most loyal customers.”

In addition, Fairafric currently sells directly to consumers through its online shop and fairs, with plans to launch an ambassador program this year to generate sales further.  The company has outstanding loans of a total of €91,500 with an interest rate of 5% pa to be repaid by October 2020. According to the company, none of the funds raised in the Seedrs round will be used to repay these loans.

Since overfunding, Fairafric said that the chocolatier now hopes to raise €1.5M by Tuesday, 30th April, when the campaign is set to end.  For more Seedrs updates and financial information, please click here.