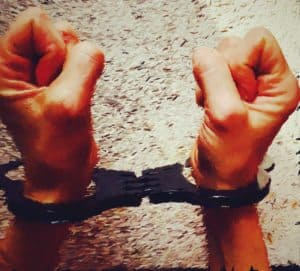 A 33-year-old man in the central-Netherlands city of Apeldoorn has been arrested for allegedly using a fake cryptocurrency mining scheme to defraud 100 investors out of €100 million ($112 million USD), de Gederlander reports.

Officers from The Tax Information and Investigation Service of the tax authorities (FIOD) arrested the accused in November at his home, where they also seized luxury bags, shoes and a dirt bike they believe were acquired using proceeds of crime.

Police allege that the man collected millions from investors by promising to use it to buy computer equipment for a Bitcoin mining “farm.”

The man allegedly promised investors a return of approximately 0.3 bitcoins (+/- $2300 USD) per month for their involvement in the scheme.

Police investigations, however, revealed that no cryptomining equipment was ever purchased, and client funds were used instead to bankroll the accused’s luxurious lifestyle.

Police allege the man spent over 2 million Euros in client funds on the purchase of cars, motorbikes, trips, and gambling.

It is believed that accused is the same person named previously in a lawsuit brought by an investor demanding payment, as promised, of 0.592 Bitcoins from “Koinz Trading BV.”

As a result of that suit:

“On 17 January 2018, the claimant was sentenced by default judgment of the Midden-Nederland District Court to pay the mining proceeds, being a total of 0.591 bitcoin to the applicant, on pain of a penalty up to a maximum of € 10,000.”

The accused failed to pay either penalty, however, so his company was declared bankrupt by the court and judges and a liquidator appointed.