It has been widely known that Kik was engaged in a cage match with the Securities and Exchange Commission (SEC) ever since Kik went public regarding a Wells Notice submitted by the SEC. A Wells Notice informs an entity they may be the target of an SEC enforcement action.

In total, Kik raised a huge amount of money, approximately $100 million. The Kin ICO remains one of the largest digital asset offerings ever.

Kik responded to the Wells Notice defending its position in an extended outline of why the ICO should not be considered an unregistered security offering.

While support across the crypto industry was initially strong, questions started to percolate when a video surfaced showing a Kik representative pitching the ICO as an investment.

Earlier this month when the SEC enforcement division revealed its legal complaint it became clear the SEC Enforcement Division was prepared to fight. The language was critical of Kik’s operations calling the ICO a “Hail Mary Pass” as the company was portrayed as being in a spiral. Beyond any hyperbole, the fact that money had been raised post-DAO added to the argument that the manner of sale indicated a sale of an investment. This caused some industry insiders to question whether, or not, Kik was the right fight to back.

A DefendCrypto website, set up by Kik to raise a defense fund for what could be a protracted legal battle, saw several prominent defections once the SEC publicly posted the details of its case against Kik.

Crowdfund Insider recently reached out to Stephen McKeon, a Professor of Finance at the University of Oregon. McKeon is an academic expert in cryptocurrency, Bitcoin, and corporate finance, including venture capital, private equity, and entrepreneurial finance. McKeon is also the Chief Strategy Advisor at the Security Token Academy.

McKeon shared his opinion on the Kik case and pending legal clash – which may end up defining the industry going forward.

The SEC complaint against Kik was pretty damning – yes?

Stephen McKeon: The fact that the SEC feels confident enough in its interpretation of the facts to bring it to court is a strong signal that they think they can win.

They conclude that “investors’ purchases of Kin were an investment of money, in a common enterprise, with an expectation of profits for both Kik and the offerees, derived primarily from the future efforts of Kik and others to build the Kin Ecosystem and drive demand for Kin.” In other words, the SEC asserts that the Kin sale satisfied all of the prongs of the Howey test and as such was an offer and sale of securities.

In the Wells Response, how did Kik argue against the claims asserted by the SEC? 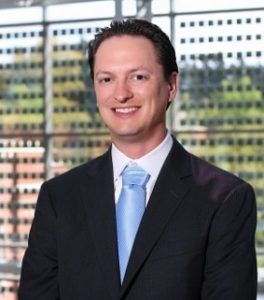 Stephen McKeon: Kik focuses on two prongs of the Howey test – they assert that Kin purchasers were not led to expect profits, and claim that no common enterprise was involved in the arrangement. The second piece is the most interesting – Kik argues that “simply owning a common asset whose value rises and falls depending on market forces does not give rise to a “common enterprise” for purposes of Howey.”

Is the fact it was documented that Kik pitched the Kin ICO as an investment a fatal blow?

Stephen McKeon: Not necessarily – all prongs of the Howey test must be satisfied in order to deem this a securities offering. The legal interpretation of “common enterprise” seems to be Kik’s strongest chance for a successful defense in this case.

DefendCrypto has seen several prominent supporters remove their names from the Fund. What is the chatter on this?

Stephen McKeon: Many initial supporters were – and continue to be – frustrated with the lack of regulatory clarity on crypto assets from the SEC and felt this case represented a step backwards in reversing prior guidance.

The SEC’s formal complaint makes clear they are not walking back prior guidance, turning this from what was perceived as a broader battle for legal clarity to a more narrow argument over the facts of Kin’s particular case – primarily how the Kin sale was marketed to purchasers.There are many who want greater regulatory clarity from the SEC, but perhaps fewer who feel strongly about Kin’s particular case.

Has the Crypto industry picked the wrong battle?

Stephen McKeon: It is fair to say that the crypto ecosystem is not unanimously in agreement that this is the right battle to fight, but the industry in an interesting chicken-and-egg situation.

We need regulatory clarity to innovate with confidence, but the SEC uses examples in order to provide that clarity.

It’s important that we continue to innovate and engage with regulators early and often.

Whether Kik prevails or not, what are your thoughts on a path to a tradable utility token in the US?

Stephen McKeon: One thing the SEC’s suit makes fairly clear, now that the full complaint in the case against Kik is public, is that this suit does not signal any policy reversal on the SEC’s part.

Hinman’s prior guidance indicating BTC and ETH are not securities due to their sufficient decentralization stands, and could be applied in the future to similar cases/tokens.Blockstack is doing interesting work with their planned offering of their STAX tokens, launching them as regulated securities.

Other projects (like Algorand) are choosing to launch their tokens outside of the US initially to avoid the jurisdiction entirely.

In both cases, the hope is that eventually, the networks will become sufficiently decentralized that the tokens will no longer be considered securities in the US.

As a final note, there will continue to be tokens, particularly those that represent ownership claims on traditional assets, that will be securities throughout their lifecycle.

Editors Note: Matt Lucas, an Analyst at Collaborative Fund, assisted McKeon with the responses. He is a graduate from Princeton University in 2018 with a degree in Economics.