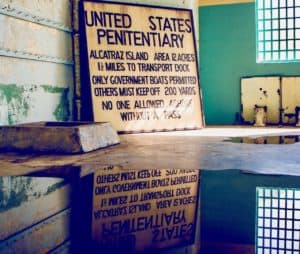 Sky Justin Gornik, 39, of San Diego, has been sentenced to 70 months in prison for conspiracy to deliver, distribute and dispense controlled substances through the internet and conspiracy to launder drug proceeds using digital currencies.

According to the August 19th release regarding the conviction from the California US Attorney’s office:

The American National Institute on Drug Abuse (NIDA) says deaths by overdose in the US have doubled in the last decade and have more than quadrupled since 1999.

Gornik was arrested in possession of 1.7 grams of carfentanil, a particularly dangerous “synthetic opioid approximately 10,000 more potent than morphine and 100 times more potent than fentanyl.

The California attorney’s office says, “The 1.722 grams of carfentanil seized in Gornik’s residence could equate to over 86,000 fatal dosages.”

Gornik was also found in possession of fentanyl gelatine tablets he allegedly obtained at a rate of 600-1200 per week for two years from Oklahoma resident and Dark Web vendor Steven Wallace George, “who manufactured pure fentanyl obtained from China into gelatin tablets, (and) was prosecuted by federal authorities in Oklahoma.”

Seattle-based Bittrex was forced in April  “…to suspend operations in the state (of New York) immediately…” after the company was denied a BitLicense to offer crypto trading to New York residents by the New York State Department of Financial Services (NYDFS).

The regulator said the decision was made after Bittrex failed to rectify issues outlined in “several deficiency letters” issued by the NYDFS.

Poloniex is the cryptocurrency trading platform of Circle, a multiplatform crypto services and investment company whose CEO, Jeremy Allaire, has regularly complained about heavy-handed regulation of cryptocurrencies in the US.

Gornik appears to have garnered a relatively light sentence of 70 months. Conspiracy to Deliver, Dispense, and Distribute Controlled Substances By Internet) typically carries “10 year minimum mandatory to life,” plus a fine of up to $1,000,000 and 5 years of supervised release.

A conviction for Conspiracy to Launder Money can result in a 20-year sentence as well as fines of up to $500,000 and 3 years of supervised release.