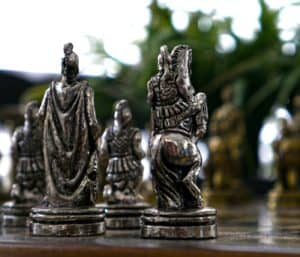 Tether Inc, makers of a popular cryptocurrency that mimics USD (“tether” or USDt), has asked a judge in New York for permission to file a motion to dismiss a class-action suit filed against the company last month.

The suit alleges that parties at Tether Inc and at sister exchange Bitfinex produced “the largest bubble in human history” by using $2.5 billion in “unbacked” USDTs to manipulate the price of cryptocurrencies at key moments. Plaintiffs are seeking $1.4 trillion USD in damages.

A press release announcing the letter submitted to Judge Katherine Polk Failla calls the case “frivolous” and states, “There are several reasons to look at the Plaintiffs’ claims with a jaundiced eye.”

Key among Tether’s counterclaims is the suit’s reliance on an “unpublished draft” of a well-known study by professors John M Griffin and Amin Shams.

In the latest version of Griffin and Shams’ paper, “Is Bitcoin Really Untethered?”, the professors claim in the abstract:

“(P)urchases with Tether are timed following market downturns and result in sizable increases in Bitcoin prices. The flow is attributable to one entity (at Bitfinex- CFI), clusters below round prices, induces asymmetric autocorrelations in Bitcoin, and suggests insufficient Tether reserves before month-ends. Rather than demand from cash investors, these patterns are most consistent with the supply-based hypothesis of unbacked digital money inflating cryptocurrency prices.”

In the press release that mirrors the letter to the judge, Tether claims the paper contains “methodological flaws” and, “ignores an array of other factors that contributed to the spike in the price of bitcoin in 2017.

Tether claims that the $1.2 billion in Tethers issued during Bitcoin’s parabolic bull run of late 2017 could not possibly have levered up the crypto market, which consisted of, “bitcoin trading exceed(ing) $860 billion on more than 30 different exchanges.”

This claim is convenient but does not stand up to scrutiny.

Most people familiar with crypto markets by now realize that inflated reporting of volume in crypto has been endemic as unregulated exchanges and issuers across the globe compete to look relevant.

In October, the SEC rejected the last of a spate of Bitcoin ETF proposals based on information submitted in the Arca/Bitwise proposal which, in the words of the SEC, identified only, “a small set of…platforms (that) have ‘real’ trading volume, unlike the remaining 95% of the spot bitcoin market, which the Sponsor (Bitwise) asserts is dominated by fake and non-economic activity, such as wash trades.”

Griffin and Shams came to a similar conclusion in their study, and claimed that crypto markets are, in fact, very thinly traded and easy to manipulate.

Near the end of the release, Tether protests the actions of the plaintiffs, which, “undermine…the many contributions of thousands of members of the digital token economy.”

Tether then vows, “to vigorously contest Plaintiffs’ claims and relentlessly defend itself, its customers and stakeholders, and the cryptocurrency community.”