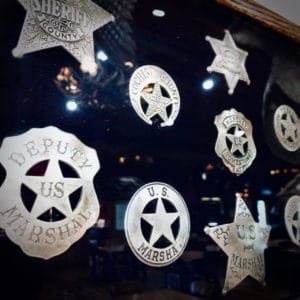 The US Securities and Exchange Commission (SEC) has charged Shopin founder Eran Eyal with violating antifraud and registration provisions of federal securities laws in an ICO (initial coin offering) sale.

The project was sold as a system for tracking shopper’s behavioural data on blockchain, the SEC writes:

“Shopin aimed to use the funds from the sales of the Shopin Tokens to create universal shopper profiles, maintained on the blockchain, that would track customer purchase histories across online retailers and recommend products based on this information.”

Not only did Eyal fail to produce the platform, the SEC says, but Eyal and Shopin, “…repeatedly lied to investors in connection with its offering, including misrepresentations about purported partnerships with certain well-known retailers and about the involvement of a prominent entrepreneur in the digital-asset space.”

Projects falsely claiming they were backed or endorsed by high-profile advisors and/or celebrities were common during the ICO heyday of 2015 to 2017.

Eyal is also accused by the SEC of using investor funds for his personal expenditures, “including at least $500,000 used for rent, shopping, entertainment expenses, and a dating service.”

“As alleged in today’s action,” Marc P. Berger, Director of the SEC’s New York Regional Office stated, “the SEC seeks to hold Eyal and Shopin responsible for scamming innocent investors with false claims about relationships and contracts they had secured in support of a blockchain-based universal shopper profile…Retail investors considering an investment in a digital asset that meets the definition of a security must be afforded the same truthful disclosures as in any traditional securities offering.”

The SEC is seeking permanent injunctions, disgorgement with interest, civil penalties, “and an officer-and-director bar against Eyal and…Shopin prohibiting them from participating in any future offering of digital-asset securities.”

The SEC is asking any investors who lost money in the Shopin ICO to contact them on their TCR page.

There, Shopin was billed as, “a blockchain platform that provides users control of their data with universal shopper profiles and a cryptocurrency for the world of retail and commerce. With Shopin profiles, consumers receive benefits on retailer sites and mobile apps they visit.”