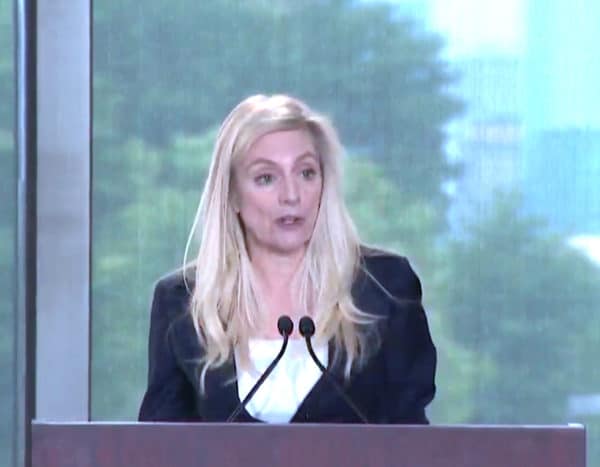 As she welcomed Benoît Coeuré to his new position as Head of the Bank for International Settlements’ (BIS’) Innovation Hub, U.S. Federal Reserve governor Lael Brainard told regulators in Frankfurt Wednesday that private (crypto) currency networks pose risks that must be addressed.

She also said that faster conventional payments systems (cross borders, etc.) now being deployed mean proposed Central Bank Digital Currencies (CBDCs), which could complicate the relationship between central and commercial banks, may not be needed.

Brainerd, who holds an MS and a Ph.D. in economics from Stanford and has held a number of high U.S. government posts, made her remarks while speaking on the Monetary Policy, Technology, and Globalisation Panel on at an ECB Colloquium held in honour of Coeuré.

She began by describing the changes witnessed during Coeuré’s tenure at the ECB (European Central Bank):

She also pointed to staggering growth in the payments tech arena, aided as it was by the concurrent development of social networking tech:

These facts point to looming risks implied by projects like Libra, Facebook’s proposed private currency project, which is modeled after cryptocurrencies like Bitcoin and which could be rolled out rapidly across the social behemoth’s 2.4 billion users.

“Digital currency payments projects from big technology firms that have network advantages have the potential to scale even more rapidly,” she said. “With nearly one-third of the global population as active users on Facebook, the Libra stablecoin project stands out for the speed with which its network could reach global scale in payments.”

If Facebook created a loyalty point system, that would be different. But Libra is designed, by software technicians, as a currency, tied to a basket of reserve currencies the company intends to tinker with.

A cross-border cryptocurrency that coverts to standard ones, “becomes a liability of the issuing entity,” of standard currencies, central banks, which are now forced to competed their small currencies agains Facebook’s massive one.

This would likely induce a phenomenon, “similar to dollarization.”

Facebook’s traditional move-fast-and-break-things ethos really does not bode well when it comes to deploying a and managing a currency:

“A significant concern regarding Facebook’s Libra project is the potential for a payment system to be adopted globally in a short time period and to establish itself as a potentially new unit of account. Unlike social media platforms or ridesharing applications, payment systems cannot be designed as they develop, due to the nexus with consumers’ financial security. This is why in many jurisdictions, including the European Union, there is a regime to oversee retail payment systems.”

Brainerd pointed to current unregulated money experiments in the wild. In the end, it’s not the “crypto wizards” taking the hit- it’s retail investors:

“Cryptocurrencies already pose a number of risks to the financial system, and these could be magnified by a widely accepted stablecoin for general use. Estimated losses from fraud and thefts associated with cryptocurrencies are rising at a staggering pace—from $1.7 billion (1.4 billion euros) in 2018 to over $4.4 billion (3.9 billion euros) in 2019, based on one industry estimate. The hacking of exchanges represents a significant source of the theft, followed by the targeting of individual users through scams using QR codes, malware, and ransomware. These estimates reflect only known fraud and thefts; it is likely that not all losses are reported and some amount of cryptocurrencies is lost or forgotten. In most cases, customers bear the losses.” 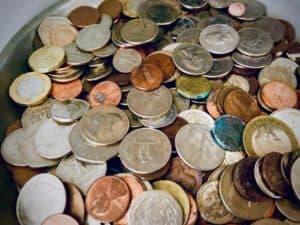 Regulators have argued that humanity discovered some time ago that currencies are better managed by elected bodies than by sovereigns or corporations.

Brainerd notes some stablecoin issuers want the freedoms and profits but not the responsibility:

“For some potential stablecoins, a close assessment suggests users may have no rights with respect to the underlying assets or any issuer.”

Facebook and others should stay in their lane or be brought in line with the same standards expected from mainstream finance:

“(O)ver many decades, consumers in the United States and euro area have come to expect strong safeguards on their bank accounts and the associated payments. Statutory and regulatory protections on bank accounts in the United States mean that consumers can reasonably expect their deposits to be insured up to a limit; many fraudulent transactions to be the liability of the bank; transfers to be available within specified periods; and clear, standardized disclosures about account fees and interest payments…(It is) not clear whether comparable protections will be in place with Libra, or what recourse consumers will have, but it is not even clear how much price risk consumers will face since they do not appear to have rights to the stablecoin’s underlying assets.”

The current cryptocurrency industry has thrived because of grey rules and a “money is money” attitude friendly to crooks:

“(I)n one industry report, researchers found that roughly two-thirds of the 120 most popular cryptocurrency exchanges have weak AML, CTF, and KYC practices. Only a third of the most popular exchanges require ID verification and proof of address to make a deposit or withdrawal. This is troubling, since a number of studies conclude that cryptocurrencies support a significant amount of illicit activity. One study estimated that more than a quarter of Bitcoin users and roughly half of bitcoin transactions, for example, are associated with illegal activity.”

When it comes to stablecoins, which are designed to mimic real-world currencies, the devil is in the details, Brainerd contends:

One major problem is that current rules in the U.S. are not designed to address the financial stability issues implied by cryptocurrencies if they become widely used:

“Our current framework is based largely on whether a cryptocurrency is deemed to be a security or has associated derivative financial products and whether the participating institutions have a supervisory agency overseeing their activities. Unlike many other jurisdictions, regulators do not have plenary authority over retail payments in the United States.”

Laws for cryptocurrencies must also have a transnational dimension:

Some have suggested that governments should make private cyrptocurrencies to compete, but banking doesn’t necessarily need to be overhauled, Brainerd asserts:

“Proponents argue that central bank digital currencies would be a safer alternative to privately issued stablecoins because they would be a direct liability of the central bank. A more relevant question may be whether some intermediate solutions may be able to offer the safety and benefits of real-time digital payments based on sovereign currencies without necessitating radical transformation of the financial system.”

The BIS’s Augustin Carstens argued in March that some central bank digital currency proposals involve central banks getting involved directly with the distribution of cash (through lending and other means) to consumers.

This would put central banks in conflict, he said, and bestow them with responsibilities better hashed out in private banking markets and models.

“In the United States, there are important advantages associated with current arrangements. Physical cash in circulation for the U.S. dollar continues to rise due to robust demand, and the dollar plays an important role as a reserve currency globally. Moreover, we have a robust and diverse banking system that provides important services along with a widely available and expanding variety of digital payment options that build on the existing institutional framework with its important safeguards.”

She seemed to concur with Carstens, but said any efficiencies must be considered:

“Circumstances, where the central bank issues digital currency directly to consumer accounts for general-purpose use, would raise profound legal, policy, and operational questions. That said, it is important to study whether we can do more to provide safer, less expensive, faster, or otherwise more efficient payments.”

She also said a conventional, non-cryptocurrency-based system for faster payments is already under development and that similar systems are already available elsewhere:

“(The) Federal Reserve is actively working to introduce a faster payment system for the United States, to improve the speed and lower the cost of consumer payments. In many countries, consumers are already able to make real-time payments at low cost. This summer, the Federal Reserve announced the first new payment service in more than 40 years—the FedNow Service—to provide a platform for consumers and businesses to send and receive payments immediately and securely 24 hours a day, 365 days a year.”

While admitting that, “Current cross-border payment solutions are often slow, cumbersome, and opaque,” she also said this has been acknowledged:

“Authorities in many jurisdictions, including the United States, recognize the importance of cooperating across borders with each other and the private sector to address these cross-border frictions.”

No matter what goes out, novelty will not be embraced for its own sake if this implies extraordinary risk:

“Given the stakes, any global payments network should be expected to meet a high threshold of legal and regulatory safeguards before launching operations.”