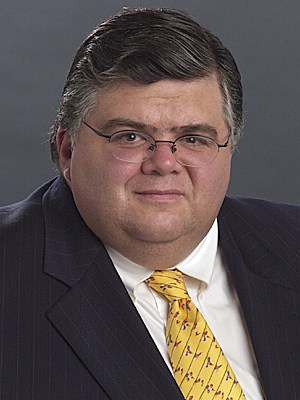 The General Manager for the Bank for International Settlements (BIS), Augustin Carstens, told an audience in Dublin last Friday that central banks should not get into the business of issuing a central bank digital currencies or “CBDCs” to the public, mainly because tokens/”blockchains” do not outperform current systems and central bank involvement in retail banking/ lending would worsen bureaucracy and increase instability.

Castens outlined four main reasons why retail CBDCs should not be pursued while delivering the Central Bank of Ireland’s annual Whitacker Lecture in Dublin:

(c) (C)entral banks do not feel compelled to face a major change in the way they conduct monetary policy.

Also, research and experimentation have so far failed to put forward a convincing case…”

Carstens began by clarifying the distinction between commercial and central banking, which he described as comparatively cautious:

“Central bankers do not think of themselves as geniuses, and prefer to tread cautiously into new territory. There is a good reason for this. The monetary system is the backbone of the financial system.”

Central banking involves the pursuit of financial stability through cooperation with other regions and the management of local money supplies.

Commercial banks are differently mandated and are obliged to pursue innovation in order to compete for customers.

The current payments environment is explosively innovative, but should be properly contextualized, said Carstens:

“Historically, changes to payment systems have been infrequent. Changes to the nature of money have been even rarer. But now, attempts to create new forms of money or to engineer new ways to pay appear almost weekly…(But) The important part of the acronym CBDC is not the ‘D’ for ‘digital’. …Whenever you or I pay using a bank debit card or use a banking app on our mobile phone, the payment is made digitally and often instantly. Instead, the important part of CBDC is the ‘CB’ for ‘central bank’. A CBDC would allow ordinary people and businesses to make payments electronically using money issued by the central bank. Or they could deposit money directly in the central bank, and use debit cards issued by the central bank itself.” (italics added).

The problem here, according to Carstens, is that, by getting into the management of personal or commercial accounts, the central bank would be stepping on commercial banks’ toes:

“…(The) issue has to do with the division of labour between commercial banks and the central bank. The central bank is a public institution charged with ensuring that inflation is under control, the economy runs smoothly and the financial system is sound. Commercial banks are private businesses that thrive by attracting and serving customers. They need a different mindset, constantly innovating.”

The reason a CBDC has not yet appeared, said Carstens, is that central bank involvement in commercial banking would have a negative impact on the financial system:

“In times of uncertainty, more customers would prefer to have deposit accounts at central banks, and fewer at commercial banks. A shift of funds from commercial banks to the central bank could be gradual at first. But the trickle could turn into a flood.”

Carstens is highly-regarded for his work on emerging economies. He grew up in Mexico, where he experienced runaway inflation first hand.

According to Carstens, in times of financial stress, CBDCs could dangerously facilitate runs on the bank and creation of secondary currency markets:

“We know from historical experience – especially in emerging market economies, but also advanced economies – that, during times of financial stress, money moves away from banks that are perceived as risky towards banks that are perceived as safer. So, money flows from privately owned banks to publicly owned ones, from domestically owned banks to foreign owned ones, and generally from weakly capitalised banks to strongly capitalised ones. In such scenarios, imagine that depositors also have the choice of putting their money in a digital currency of the central bank or in the central bank deposit account directly. It is not far-fetched to imagine that a premium would open up, where one euro of deposits in the commercial bank buys less than one euro’s worth of central bank digital currency.”

Even in stable economies, as services at central banks increased due to CBDCs, so too would bureaucracy:

Carstens acknowledged then that he might be taking his “thought experiment” to an extreme, and said that it is more likely that, “…the central bank would be lending to the commercial banks so that they could lend on to the customers.”

Still, he warned that too much responsibility shifted to Central Banks has caused problems in the past.

For example, commercial banking has been assigned to central banks historically, mainly in socialist republics:

“There are historical instances of one-tier systems where the central bank did everything. In the socialist economies before the fall of the Berlin Wall, the central bank was also the commercial bank. But I do not think we can hold up that system as something that will serve customers better.”

This model also favours political interference/corruption, said Carstens, where lending is doled out to projects favoured by ruling parties.

Carstens said that while 70% of central banks have investigated the possibility of creating a retail or wholesale CBDC, only half of them moved on to the testing or experimental phase, and only about 10% created a pilot CBDC.

Carstens ended by downplaying the relevance of “innovation” in the central bank’s case:

“The debate is not primarily about convenience and digitisation; rather, it’s about fundamental changes to both parts of the system that central banks oversee: money and payments. So far, experiments have not shown that new technologies would work any better than existing ones. There is no clear demand for CBDCs on the part of society. There are huge operational consequences for central banks in implementing monetary policy and implications for the stability of the financial system.”

The Future of Money and Payments BIS Agustin Carstens