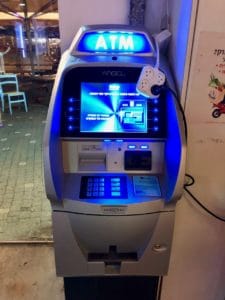 Research company RBR’s latest study has found that the number of automated deposit terminals (ADTs) installed globally have increased by around 4% and had reached 1.4 million in 2018. Banking institutions say that deposit ATMs will become a widely-used tool for assisting clients in migrating transactions from the teller in order to reduce costs.

“Although the technology has been available for decades, the number of deposit ATMs installed worldwide continues to demonstrate healthy growth. Banks are now expected to pivot further towards recycling as the ratio of withdrawals to deposits narrows and CIT costs grow, presenting increased opportunities for cost savings.”

The researchers found that automated deposits increased by 10% in the main markets covered,  but not in China, where the rising adoption of mobile-based transactions has reduced the number of cash payments. The study confirmed that most of the markets are on track to show a sizable 14% increase by 2024 to more than 1.6 million.

The research study noted that around 52% of the ATMs installed worldwide will be taking automated deposits by 2024. The US is on track to  see an addition of around 40,000 ADTs within the next five years, meanwhile, Brazil and India are expected to have 34,000 additional ADTs by 2024.

RBR’s research study confirmed that cash-recycling technology could be used by banks throughout the world as its usage assists in reducing CIT costs. Two-thirds, or 66%, of the deposit terminals will begin recycling notes by 2024, the researchers estimated. Traditional banks are presently investing in various machines and hardware, which will give them the flexibility to switch on the recycling function at some later point in time when the business use case has been determined.

An RBR analyst working at the Branch Transformation conference in London recently noted that physical branches still play an important part in client acquisition and retention, even though digital channels are increasingly being adopted.