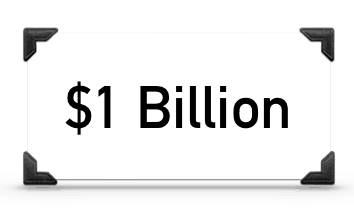 Nearly $1 billion is now locked up into the evolving decentralized finance (DeFi) ecosystem, according to data site DeFi Pulse.

The site tracks major Ethereum-based lending protocols including Maker, a projected managed by the Maker Foundation, a non-profit organization that supports the MakerDAO initiative, which involves the decentralized stablecoin Dai.

According to DeFi Pulse, there’s currently almost $150 million worth of Ether (ETH), Ethereum’s native token, locked up into Synthetix, a cryptocurrency derivatives protocol. Meanwhile, leading ETH-based lending protocols Compound and InstaDApp each currently have about $125 million and $79 million locked into their platforms, respectively.

According to its official website, Compound is an “algorithmic, autonomous interest rate protocol built for developers, to unlock a universe of open financial applications.” InstaDApp is a “trustless” smart wallet app for DeFi protocol users.

dYdX and bZx are two other major Ethereum-powered lending protocols which also presently have millions of dollars in Ether locked into their protocols. Ethereum-based peer to peer exchange protocol Bancor is also listed on DeFi pulse as a major decentralized finance platform.

The DeFi ecosystem is still very much in its early stages of development and project valuations are subject to change drastically. According to industry analysts, it’s unclear what the overall, long-term impact of cryptocurrency-based decentralized finance systems will be in the future.

Some platforms, such as Paxful, a DeFi platform and Bitcoin (BTC) exchange marketplace, are not listed on DeFi Pulse, but are still considered part of the decentralized finance industry, according to industry participants and its founders.