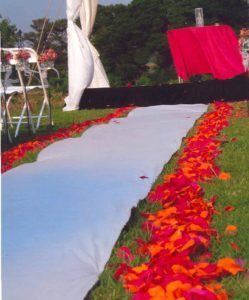 SPiCE, the first tokenized VC fund, has partnered with Two Prime – a Fintech that focuses on the financial application of crypto in the real economy.

SPiCE VC will be joining NGC Ventures as part of the Two Prime Finance Partner Program.

Two Prime COO Alex Blum said they are introducing a new breed of cryptocurrency with safeguard mechanisms that are expected to bring “real value to investors.”

The company believes that by leveraging the fund formation dynamics of crypto, along with the credibility and stability of traditional finance, the FF Meta Token model will create stable value and real use application, reignite the crypto markets, and bring real value to purchasers.

Fleury was previously Founder and CEO of JBoss, a company acquired by RedHat for $420 million in 2006.

“It all starts by investing in the highest quality and most innovative crypto funds, projects, and cryptocurrencies in the blockchain space,” stated Blum in a company release. “As a highly-regarded global fund and a leader in the blockchain and tokenization space, SPiCE VC has seen the industry through its booms and busts. They’re pioneers of the tokenized fund, proving to investors first hand the disruptive potential of tokenization. We are excited to have SPiCE VC join us on this journey.”

Since the launch of the Partner Program on January 30th, Two Prime reports that it has received over one hundred applications from a multipole blockchain funds and projects. The company says that SPiCE VC stood out with its portfolio and experienced management team. Their portfolio companies include major players in the blockchain and tokenization space such as Securitize, the leading digital securities issuance company, and Bakkt, a digital assets security exchange created by owners of the New York Stock Exchange – ICE (NYSE:ICE).

“The Continuous Token Offering model is sure to further mature the cryptocurrency industry at a much needed time!” 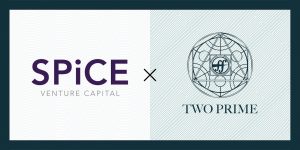 Blum said that crypto markets are “a shadow” of the ICO boom in 2017.

“Everywhere we go, investors tell us about the enormous potential of the crypto space but also their hesitation in entering the market due to crypto’s reputation,” said Blum. “With the FF1 and the Continuous Token Offering, we are leveraging the rapid fund formation of the space and reigniting the excitement back into the crypto markets.”