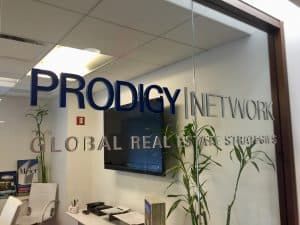 Prodigy Network, once a high-flying real estate crowdfunding platform, is now struggling as it appears to be in dire need of cash.

According to a report in the Deal, Prodigy Network has told investors it is in need of $40 million to keep a property development, 84 William Street, afloat.

A second option is a fire sale where investors may lose all of their money. Neither one is optimal.

Prodigy Network was founded by Rodrigo Niño who leveraged his experience crowdfunding a commercial property in Bogota, Colombia, to launch a similar service in the US. The platform’s focus was originally on prime Manhattan real estate – a sector that had been in a boom period due to demand by foreign investors.

Niño reportedly stepped down from his leadership role in the fall of 2019 as the wheels fell off in an investment in Chicago for a hotel development. When distributions to investors stopped, a lawsuit ensued. Today, Niño is still listed as the CEO of ProdigyNetwork on its website.

It did not help that several ProdigyNetwork employees have sued the company for breach of contract.

In May 2019, former COO Vincent Mikolay, who has also filed a lawsuit, told the Deal that ProdigyNetwork was broke.

Many real estate crowdfunding platforms entered the space once Title II of the JOBS Act kicked in that enabled general solicitation (advertising) under Reg D 506c. In the past year, several of these early entrants have established themselves as sustainable operations. Unfortunately (mostly for its investors), it appears that Prodigy Network may not be one of them.