WeBank, one of China’s first all-digital challenger banks, has revealed that it will begin exploring  the potential integration of DAML, which is an open-source smart contract programming language developed by Digital Asset (the company).

The DAML software has been developed in order to help software engineers create distributed applications that can run across technology silos. The integration offers various smart contract resources for FISCO BCOS developers.

It is notably one of the first blockchain or distributed ledger technology (DLT)-enabled platforms developed specifically to satisfy the regulatory and service requirements of the financial industry. 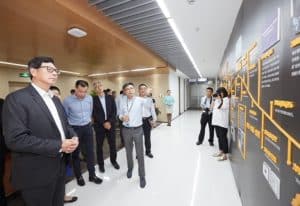 “Blockchain is a significant opportunity for innovators. Working with an international market leader like Digital Asset by integrating DAML smart contracts with FISCO BCOS is a key milestone for us to deliver [innovative] blockchain solutions across finance, supply chain and other sectors in China and beyond.”

“We are [looking forward to working with] WeBank … As a driving force behind the FISCO BCOS community, WeBank has emerged as a leader paving the way for … distributed customer applications across China and beyond.”

Instead of operating a single blockchain network, the consortium chain consists of several different blockchain platforms that aim to serve the general public. The protocol doesn’t have a native token, is permissioned, and supports zero-knowledge proofs (zkps), which allow users to reveal or prove certain facts or information about themselves without having to share their private data.