Commercial real estate crowdfunding platform ArborCrowd announced on Monday it has exited its investment in the Sioux Falls Multifamily Portfolio, a collection of Class B apartment communities located in Sioux Falls, South Dakota. ArborCrowd reported the decision generated a net internal rate of return (IRR) of more than 16%, exceeding the original targeted net IRR of 12% to 14%. 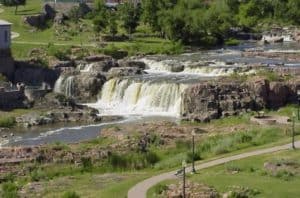 As previously reported, ArborCrowd then reported that affiliates of Tzadik Management, LLC led by Adam Hendry (Tzadik) acquired the 18-property, 707-unit portfolio, which represents 4 percent of the Sioux Falls multifamily market, in four simultaneous transactions in October 2018. It was also revealed:

“An ArborCrowd affiliate invested in the portfolio in January and ArborCrowd now seeks to raise $3.2 million from investors. The transaction’s total capitalization is approximately $50.06 million, and Tzadik’s equity group has invested more than 75 percent of the total equity in the deal.”

ArborCrowd further stated that the decision to exit the 707-unit Sioux Falls Multifamily Portfolio investment was based on a number of factors, including changes the sponsor sought to make to the business plan that could have materially impacted the initially projected returns and investment horizon.

“The outsized IRR generated by the sale marks the third ArborCrowd investment to exceed its targeted IRR. The other two investments – the Southern States Multifamily Portfolio and Quarry Station Apartments – were realized ahead of schedule in 2018 and 2019, respectively.”

Founded in 2016, ArborCrowd claims to be the first real estate crowdfunding platform launched by a real estate institution, opening up an exclusive network to a new class of investors.