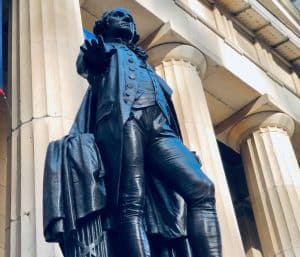 As mentioned in a release shared with CI, the new investment will provide Delta Exchange with the resources needed to scale its operations while offering CoinFund a chance to follow through with its India investment strategy as the company’s first VC investment in the region.

“The crypto market opportunity in India is big. The combination of the Supreme Court’s decision to invalidate RBI’s ban on crypto, increasing local interest, and Bitcoin’s momentum have primed the market for imminent explosive growth.”

“The combination of the company’s leadership, technology, and location makes Delta Exchange a strategic and valuable addition to our portfolio.”

CoinFund has been making strategic investments throughout the COVID-19 crisis, and its management has also been keeping an eye on the evolving Indian market.

Felix claims he’s “committed to 100 investments, both personally and professionally,” within the crypto, Fintech, and blockchain or distributed ledger technology (DLT) sector.

CoinFund has invested in several crypto-related initiatives, including Coinlist, Dapper Labs, Livepeer, Blockdaemon, Fold, Messari, and 3Box (among others).

Established in 2018, Delta Exchange has launched several products, and it aims to support stablecoin settled futures.

During an interview with CI in March 2020, Delta Exchange co-founder and CEO, Pankaj Balani, explained how MOVE contracts work:

“MOVE contracts are representations of how much an asset will move over a period of time and what those movements will render monetarily. The most important aspect of a MOVE contract is, the length of time on which the ‘MOVE’ is measured. “

“The contract can be daily or weekly or monthly etc. Daily maturity looks to predict daily movement, similarly for weekly and monthly. MOVE contracts are often criticized as ‘betting’ on the volatility of the cryptocurrency market, but the contracts actually involve in-depth strategies and expansive knowledge of the market.”

The company’s BTC/Tether (USDT) perpetual swaps are also being actively traded on its platform, following their launch two months back.

“The reason we are able to offer derivatives on so many coins is because our risk management engine is … fast and can handle high price volatility.”

“We have built technology to specifically solve the complex case of cryptocurrency-based derivatives. Despite the high volatility that markets exhibited in the recent months, we have not had any incident where our systems have not been able to liquidate positions in time…We have built trading and risk management systems to be able to offer derivatives on 100+ coins.”

In another interview with CI, Balani confirmed that ensuring regulatory compliance remains a key focus area for the exchange.

“On Delta Exchange, we take compliance seriously. Though we allow no KYC for customers who trade with small amounts, we do KYC for those who look to withdraw amounts north of 2 BTC on a daily basis.

“Furthermore, we restrict access to users from certain countries such as the United States, a few countries in the Middle East, Africa etc….We also focus on monitoring transactions on blockchain to make sure that we are not receiving funds from any objectionable sources.”