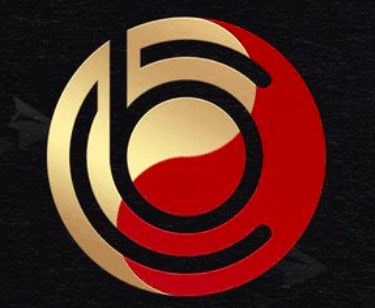 BitClave, a blockchain-based firm that completed an initial coin offering (ICO) for “Consumer Activity Tokens” (CAT) in 2017, has agreed to return investor money, according to the Securities and Exchange Commission (SEC). This is just the latest ICO that has had to backtrack on a digital asset offering completed during the once-hot ICO market that is effectively no more.

The SEC has announced charges against BitClave, headquartered in California, for an unregistered digital securities offering. BitClave has agreed to settle the charges by returning proceeds from the offering and paying additional monetary relief to be distributed to investors through a “Fair Fund.”

From June to November 2017, BitClave apparently raised over $25 million by selling its tokens to approximately 9,500 investors, including investors in the U.S. BitClave publicly announced a pre-sale phase of the offering from July 25, 2017, through August 1, 2017, during which the tokens were sold to the general public at discounts of up to 50% off the initial price of $.05 per token. BitClave sold about 60 million CAT to approximately 1,000 purchasers in the pre-sale phase in exchange for the equivalent of approximately $1.5 million worth of the tokens.

BitClave conducted the final phase of the offering on November 29, 2017, pricing the tokens at $.10 each, but provided bonus tokens in varying amounts to investors who had made deposits prior to November 29, 2017. BitClave sold approximately 611 million CAT to approximately 8,500 purchasers during the final phase of the offering for the equivalent of approximately $24 million. BitClave apparently met its “hard cap” of $25.5 million total raised within 32 seconds of the official start of this phase of the sale. It was reported that BitClave may have sought to raise up to $50 million.

An added twist to the BitClave ICO is that in 2018, BitClave filed a complaint in California state court against its former officer, director, and co-founder. In the course of that litigation, BitClave alleged that the co-founder and his affiliated entity, misused company funds that were raised in the CAT offering.

The SEC states that BitClave planned to use the ICO proceeds to develop, administer, and market a blockchain-based search platform for targeted consumer advertising.

Once again, the manner of sale kicks in as BitClave allegedly emphasized its expectation that the tokens would increase in value, and took steps to make the tokens available for trading on third-party digital asset marketplaces following the completion of the ICO.

The SEC states that CAT has since been removed from many of the trading platforms, and BitClave is currently winding down its operations. The company does not plan to continue developing or supporting the platform, according to the SEC.

Kristina Littman, Chief of the SEC Enforcement Division’s Cyber Unit, said that issuers of securities, be they digital or traditional, must comply with the registration requirements of federal securities laws:

“The remedies ordered by the Commission will provide meaningful relief to investors in this unregistered offering.”

The SEC’s order finds that BitClave violated the registration provisions of the federal securities laws.

The order also establishes a Fair Fund to return monies paid by BitClave to injured investors.

BitClave also agreed to transfer all remaining CAT in its control, about 1.32 tokens, to the fund administrator for permanent disabling, publish notice of the order, and request removal of CAT from all digital asset trading platforms.

“We are pleased to resolve this regulatory matter with the SEC. We are grateful to have had support from a team and a community passionate about data privacy and finding ways to enable consumers to control when and how they share data.”