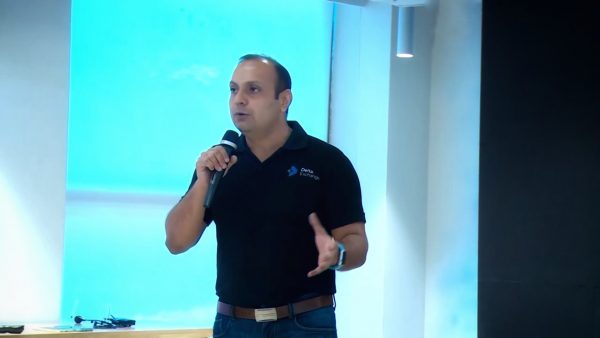 Pankaj Balani, CEO and Co-Founder at Delta, a derivatives exchange for cryptocurrencies, recently shared his views and insights with Crowdfund Insider about the dramatic surge in DeFi (decentralized finance) protocol Compound’s COMP token.

Balani noted that we can begin to assess the value of COMP token by taking a cue from traditional stock markets.

He further noted that several researchers have looked into the differential pricing of various stock types and have learned that the price discount of non-voting stocks relative to voting stocks “tends to be in low single digits (averages around 5%).”

But he points out that stock markets are usually very efficient, and the price differential between voting and non-voting stocks typically reflects “the unique characteristics of the company that drive the value of voting rights.”

He went on to explain that a protocol like Compound (COMP) in itself does not have any value. However, businesses (or products, platforms, services) launched on top of a protocol “certainly do.”

Balani explained that publicly listed firms are managed by a board of directors that have a fiduciary responsibility towards the company’s shareholders – which includes those who may not have voting rights.

Governments have established regulatory entities to oversee the activities of listed firms and also to protect the interests of minority shareholders. He added that this monitoring and oversight can limit the power and value of voting rights.

“Crypto protocols on the other hand are starkly different. There’s no board, there’s no regulatory oversight. This means that people with governance rights have a lot more freedom. Consider the limiting case in which there’s no overlap between the stakeholders of businesses leveraging the protocol and the holders of  the governance token of the protocol.. It is not a given that the interests of these two groups will always be aligned. For example, governance token holders can change the rules to create cash flow streams for themselves by ‘taxing’ the users of the protocol.” 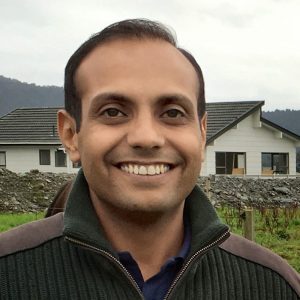 Going on to discuss the economic value (EV) of the COMP token, while comparing the protocol to a traditional bank, Balani noted:

“The Compound Protocol is a money market protocol which enables people to lend/ borrow. Can we value it like a bank? Valuation of a bank is typically just a multiple of the size of its book.  Banks’ earnings can be roughly written as: (interest earned on loans – interest paid on deposits) times book size. Hence, P/B (where B is the 1 year fwd book value) multiple based valuation makes sense.”

“We could think of the Compound Protocol as a way to disintermediate banks by enabling lenders and borrowers to deal with each other directly. This means that the value that would have been captured by the bank now gets distributed across the borrowers and lenders. Therefore, we can estimate the economic value the Compound Protocol has generated for the lenders/ borrowers by putting a hypothetical bank between these borrowers and lenders and finding the value of that bank.”

“As of now, lenders have supplied assets worth $1 billion to the Compound market, out of which ~$400 million have been borrowed. So, the current book size of the hypothetical ‘Compound Bank’ is ~$400 million (because interest is paid only on the borrowed assets).”

He pointed out that all loans on Compound are overcollateralized, meanwhile, most traditional bank loans tend to be uncollateralized. He explained that overcollateralization may “reduce the probability of default and hence interest rates.” It may also increase “the burden on borrowers and thus also tends to be a drag on growth.”

Going on to calculate or estimate the value of the COMP token, Balani noted:

“The aim of this report is to give the people in the ecosystem a framework for valuing governance tokens. The success of COMP will inevitably result in many more governance tokens to hit the market. If we are to avoid creating pump and dump cycles, we need market consensus on how to value these tokens.