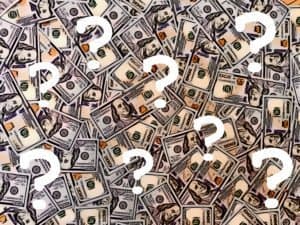 Meltem Demirors, the Chief Strategy Officer of CoinShares, an investment company that manages $750 million in assets, and serves as a partner to investors and entrepreneurs focused on the digital asset ecosystem, recently questioned why Insurtech Lemonade (NYSE:LMND) is valued at around $4 billion on $26 million in revenue.

“I love me some Fintech IPOs but a 153x revenue multiple on an insurance business during a global pandemic feels just ridiculous.”

In response to her comments, a tech security researcher pointed out via Twitter that at least Lemonade is generating revenue.

“Blow your mind with Nikola Corporation (NKLA), more than $20 billion on no revenue. Tesla (TSLA) isn’t much better either, hasn’t grown 8 quarters but stock price went nuts. Hello 1999/2000, where storytelling is everything.”

On June 25, 2020, Lemonade filed a Form S-1/A with the US Securities and Exchange Commission (SEC). The leading Insurtech firm had been planning to IPO on the New York Stock Exchange (NYSE) under ticker “LMND.”

Lemonade is an insurance tech firm that aims to align its interests with those of its customers. The company’s mission is predicated on the fact that most people hate their insurance providers due to poor service, denied claims, and spurious coverage.

“At the foundation of our business model is a direct, digital, customer-centric experience that delivers rapid growth and strong retention. Our customer centricity runs deep, and our underlying business model is designed to align interests between us and our customers. This technology-first customer acquisition and retention strategy, combined with our unconflicted business model, results in a highly attractive financial model …”

Lemonade offers home-owner / renters insurance in both the US and parts of Europe. The Insurtech firm is licensed to provide insurance in 41 US states, and maintains operations in 28 (including DC), and Germany and the Netherlands.

On July 2, 2020, Lemonade completed its initial public offering (IPO). It was reported that day that at the last minute, Lemonade bumped up its planned offering price to $29 a share.

That was not quite enough as demand outstripped supply in early trading and shares opened at around $50 a share as the price rocketed higher.

At the IPO price of $29/share, Lemonade grossed $319 million (before commissions and expenses). The fact that investment management firm Baillie Gifford, based in Edinburgh, indicated its interest in purchasing around $100 million of equity in Lemonade probably helped boost overall share demand.

Following the successful offering, Crowdfund Insider received a comment from another Insurtech – Getsafe, based in Germany. CEO Christian Wiens described Lemonade’s successful listing as a validation for this emerging sector of Fintech.

“Yesterday, Lemonade proved that neo-insurers are well equipped to deal with a crisis – like the one we are currently going through with COVID-19. They are successfully establishing themselves in the market. Their business model is designed to grow with (usually) young customers over the years. Customers pay for the service from day one. While they may have several current accounts or credit cards, they only have one type of liability or contents insurance, which they keep – especially in times of crisis.”

“The successful Lemonade IPO is therefore a positive sign for us. Digital insurance is becoming the new standard, and neo-insurance providers such as Lemonade and Getsafe don’t have to shy away from comparisons with neo-banks. In fact, they should embrace these comparisons.”

These developments suggest that a Fintech or Insurtech firm’s fair valuation does not necessarily depend entirely on its current revenue. Clearly, there are other factors that need to be taken into consideration when determining how valuable a company can be, such as its potential future impact on the industry in which it operates.